the next town up from sayulita is a sleepy place called san francisco. to avoid confusion, everyone refers to it as san pancho. its a really cute bohemian sort of a place, complete with a montessori school, a polo field and a museum promoting recycling. nice beach too!

approximately once a month there is a lucha libre in the main plaza of san pancho. i have been chomping at the bit to go for many, many months now but for one reason or another it never worked out. so when i heard that there was another one happening last week i had to go. 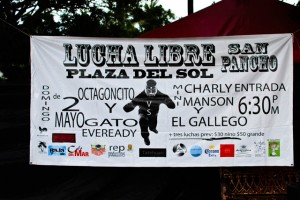 omar, one of the neighbourhood gang, is also a big lucha libre fan and he was all psyched up for it the day before. he came over wearing his mask and even gave his old one to nayou! 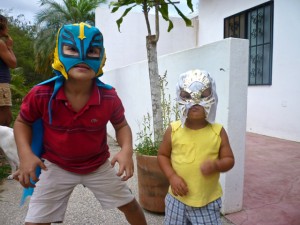 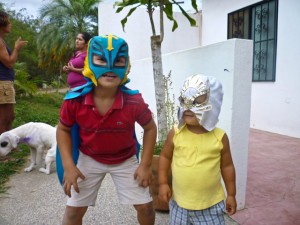 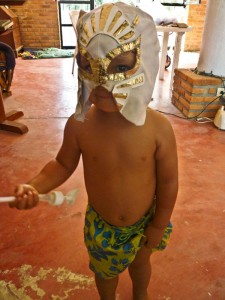 we are getting a lot of mileage out of the mask. nayou likes to terrorise everyone with his fierceness.

we arrived early so nayou would have a chance to see some of it, but he was more interested in the guy selling time on his trampoline. 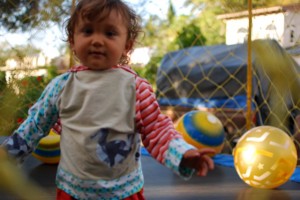 this guy also had what might be the world’s most precarious merry-go-round. would you put your child on this thing? 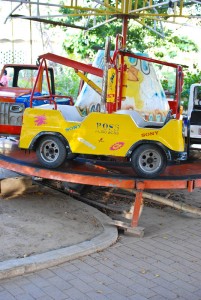 brenda took our little boy home early and i stayed on with a group of crazy québécois that we met in sayulita. this is vincent, who is one of the most energetic people i have ever met. he is, in both looks and behaviour, what i imagine a young anthony keidis was like back in the day. 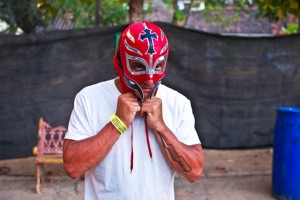 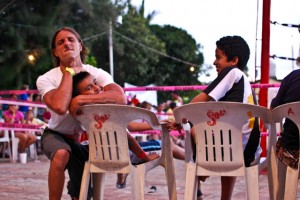 the fights themselves were everything i imagined them to be, but better. there was a total of three fights, all fought by the same four guys (just different costumes). their level of fitness and agility was a true marvel, and even though they fake and/or exaggerate the pain they are feeling, you know that a lot of it is real. especially when they start wrestling out of the ring on the concrete. sometimes one will jump off the ropes onto another fighter outside the ring (usually for saying unspeakable things about his mother). watching them tumble onto the cold hard pavement was enough to make everyone wince. 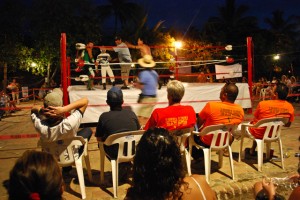 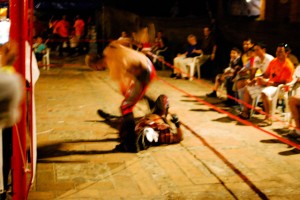 in between fights it was a free-for-all, with all the kids getting up and emulating what they just saw. 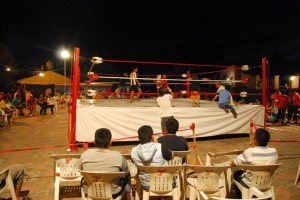 these two very drunk masked girls from the audience jumped in as well and were subsequently forced into a real match by everyone. 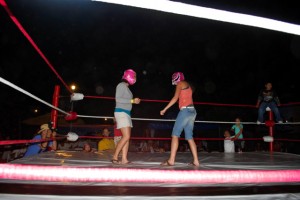 all the wrestlers and emcees had the dirtiest mouths imaginable, much to the delight of all the ten year old boys in the audience (and me). none of the adults seemed to mind, so perhaps the wrestling matches are the one exception where you can run your mouth off without getting into trouble? there was also a lot of slapstick humour, usually involving genitalia in the face. of course we all thought it was hilarious. 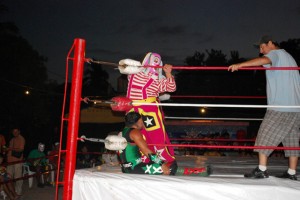 the costumes were pretty special too. 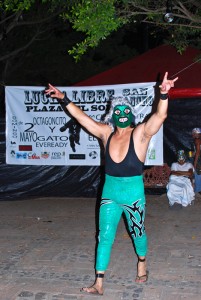 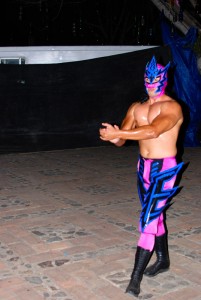 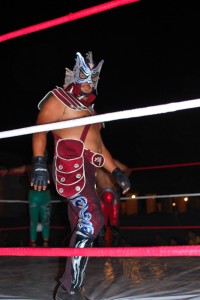 the lucha libre did not let me down. i am so glad i went and am bummed that i’m probably not going to get a chance to go again before we leave!