we just got back from singapore, where we spent a hectic and decadent two days in the heart of modern asia. our tourist visas for bali run out after two months, and the only way to renew them (legally, anyway) is to leave the country and come back. brenda and i considered a bunch of options but settled on singapore because the flights are cheap and my cousin sean lives there with his wife mary.

none of us had ever been to singapore before, and we hadn’t really heard many good things about it. the only thing i knew was that it was illegal to chew gum and that there were many other weird laws like that (turns out that its not illegal to chew gum in singapore, just illegal to sell it). but despite all of our expectations, we had an amazing time there. the city is clean, efficient, glitzy and fun! there is lots and lots to do and we wished we had decided to spend a little more time there. we still managed to cram in quite a lot in just over 48 hours – i took a yoga class at pure yoga, a studio i have been wanting to check out since it opened. its one of those ridiculous yoga studios located at the top of a huge skyscraper, boasting 4000 sq. ft. changing rooms and the like. we had an entire day of retail therapy on orchard rd., which has more louis vuitton, prada and gucci stores i have ever seen in my life. our shopping was decidedly more low key though, with stops at the lego store, h&m, kinokuniya and the japanese supermarket. 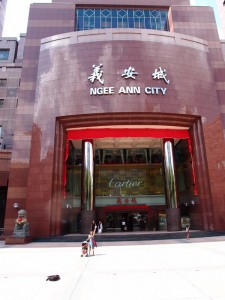 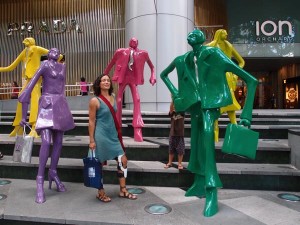 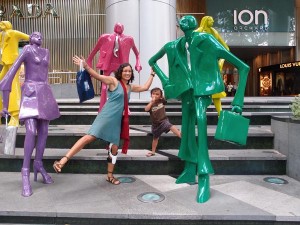 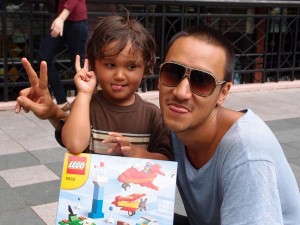 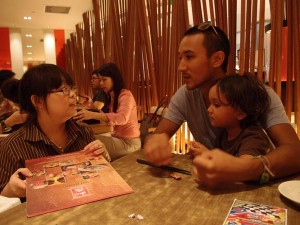 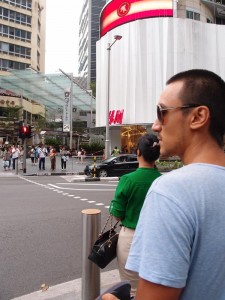 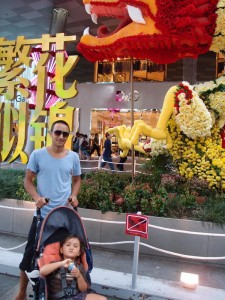 sean and mary were fabulous hosts. they made us feel right at home and helped us out with everything from cell phones, train passes, maps and all those other random things that make travelling so much easier. sean and mary live on the top floor of the cathay building, which has an impressive vista of singapore, especially at night. the panorama function on our camera managed to take a good shot for the first time ever!

the building also has a big pool which we made good use of. check out that view! 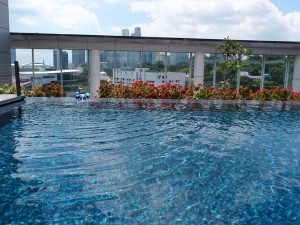 one night we tried to go up to the top of the tallest building in singapore, but we couldn’t because of potential lightning strikes. we ended up horsing around on a green patch of grass instead before going to a super yummy japanese restaurant. i was a bad blogger and forgot to get at least one photo of all of us together… in writing this i realised that i only have a couple of bad shots of sean and none of mary! 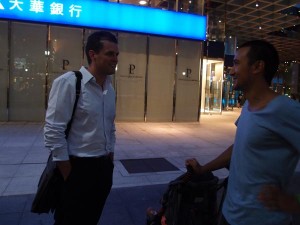 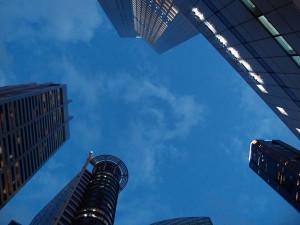 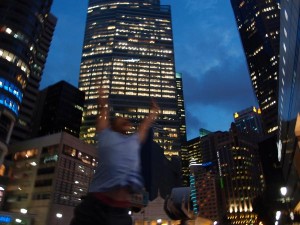 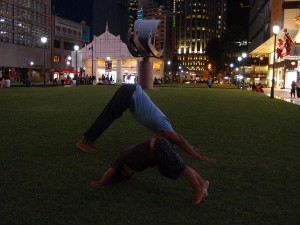 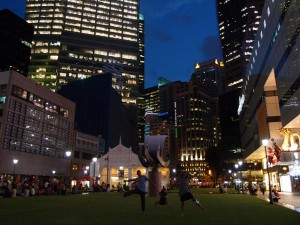 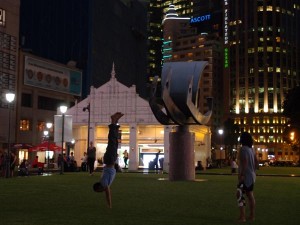 we spent our last morning checking out the architecture. singapore has some amazing buildings. 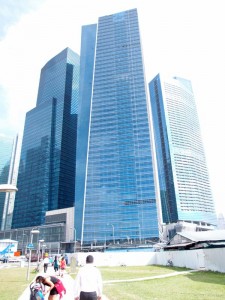 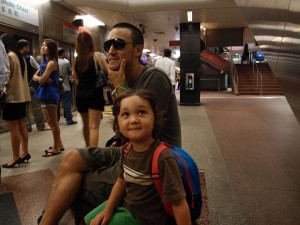 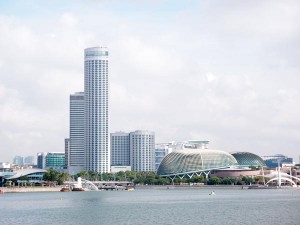 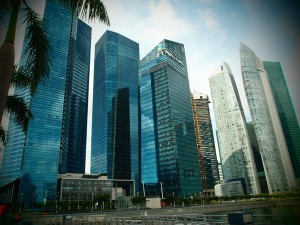 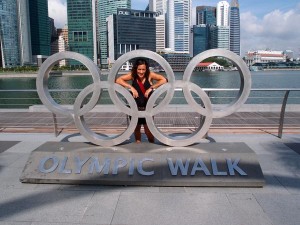 check out this vertical garden in the lobby of one of the buildings! 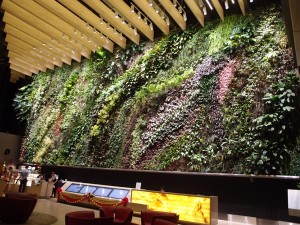 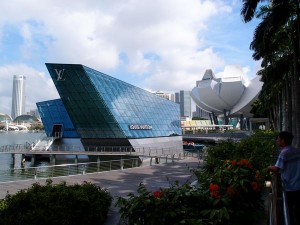 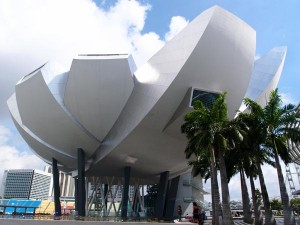 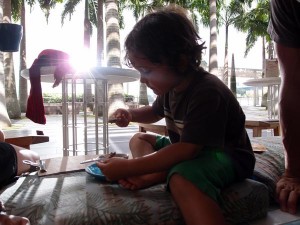 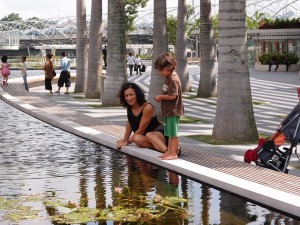 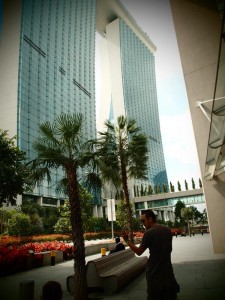 we feel like we barely scratched the surface of what singapore has to offer. there is so much more we wanted to do – sentosa, the botanical gardens, the night zoo, the surf park etc etc etc. we would definitely go back if the chance arose again. thanks so much to sean and mary for showing us a good time!

oh yeah, there was this indian parade/ceremony type thing where a bunch of sadhu (or sadhu-like) people walked across town carrying very heavy structures on their heads, or pulling heavy things. they also have crazy spikes piercing their bodies – tongues, cheeks, brows, backs etc. pretty crazy stuff. one of the many friendly cab drivers we met told us that they do this as sort of penance if they pray for a miracle and it actually happens (e.g. a relative recovering from cancer). we didn’t make much effort to see these guys, but we did get a close up from a taxi. this guy was pulling an altar on wheels using hooks embedded in his back. ouch. and to top if off he was walking on sandals made of nails! 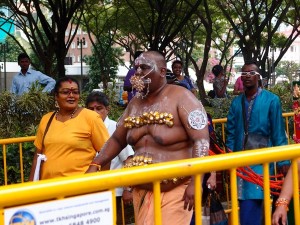 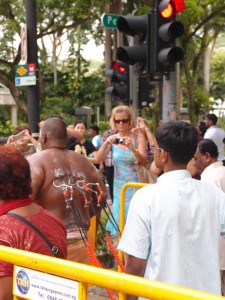 now we’re back in bali safe and sound, with a visa that will last us until we leave on march 1st. i’m still waiting for a proper contract for mad max, but we have started visa procedures for namibia already which is a good sign. sounds like its really going to happen this time around!