One of the things I really wanted to do I Costa Rica is visit one of the many spectacular waterfalls. When we were initially researching the country, I kept on seeing all these amazing images of cascading water and was drawn to them. Many of them are at the end of a long drive followed by a long hike, so I wasn’t sure if a visit to one of them would be in the cards for us.

Last Sunday we woke up and were trying to plan our day when I suggested we go look for some waterfalls. No one seemed opposed so I hopped online and within minutes had found Nauyaca falls, just a twenty minute drive from our house in Uvita. Not only that, we only needed to hike 4km (2.9miles) to get to them! The best part is that many sites said they are one of the most spectacular falls in the country.

We got very excited and hopped in the car. Once you leave the coast, the terrain gets mountainous and steep very quickly. We wended our way up to the office where we were charged Tico (local) prices rather than tourist prices to gain admission to the park. It’s one of the bonuses of being ethnically ambiguous and being able to speak Spanish 😉 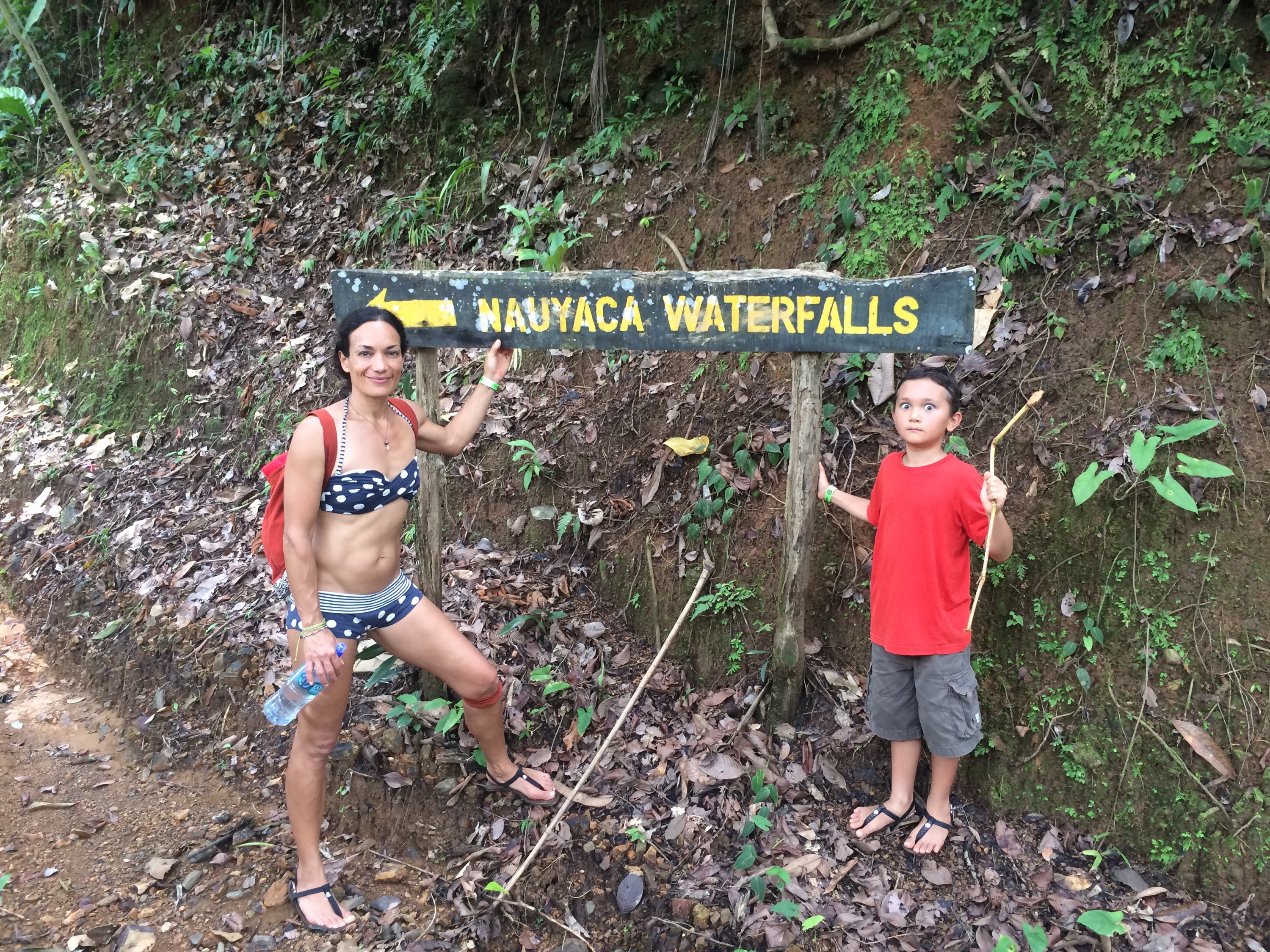 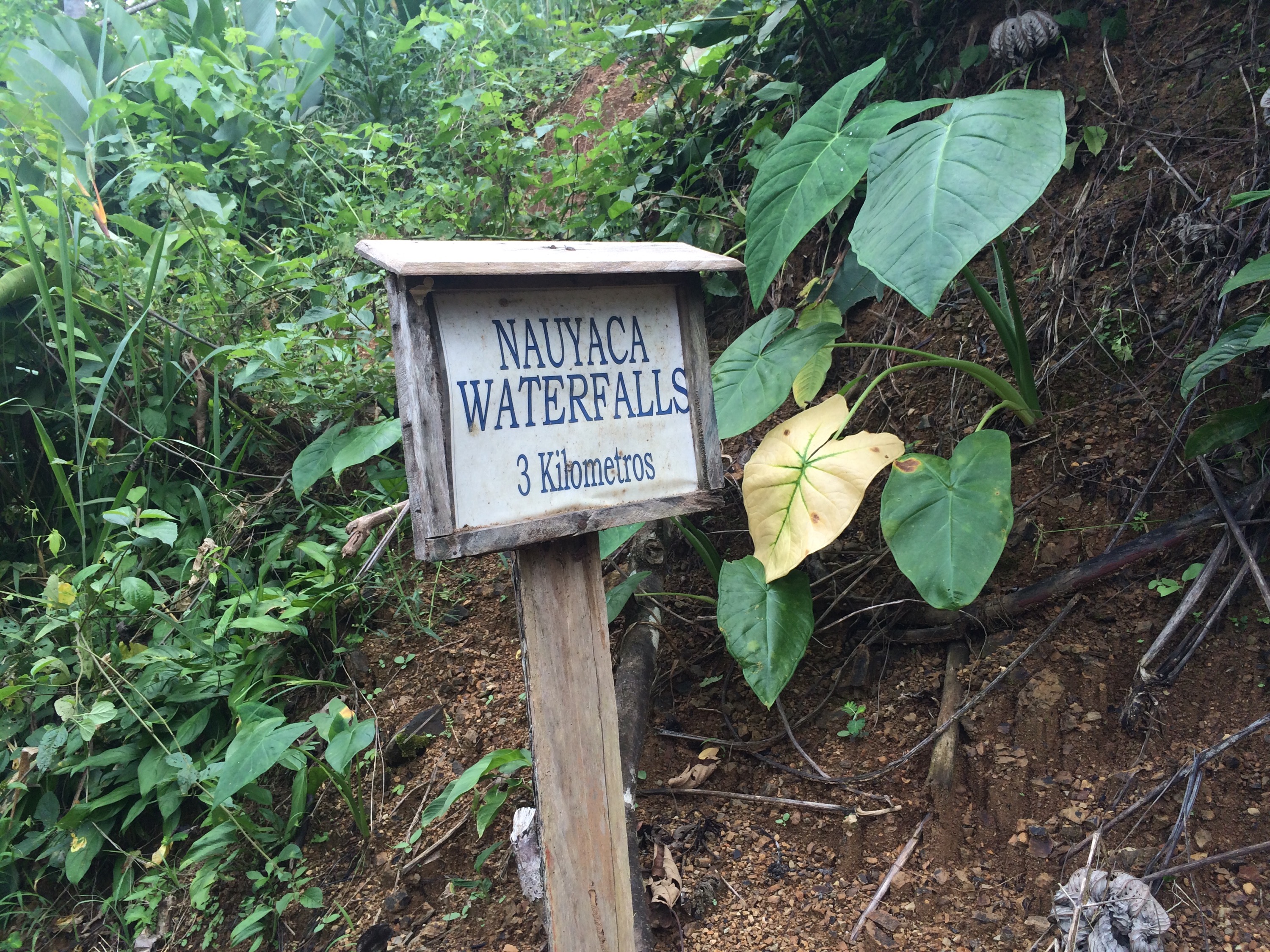 The hike there was uphill most of the way but not too challenging. Nayou went the whole way without complaining much, although he started repeating “it better be worth it” toward the end. Which of course it was when we arrived! 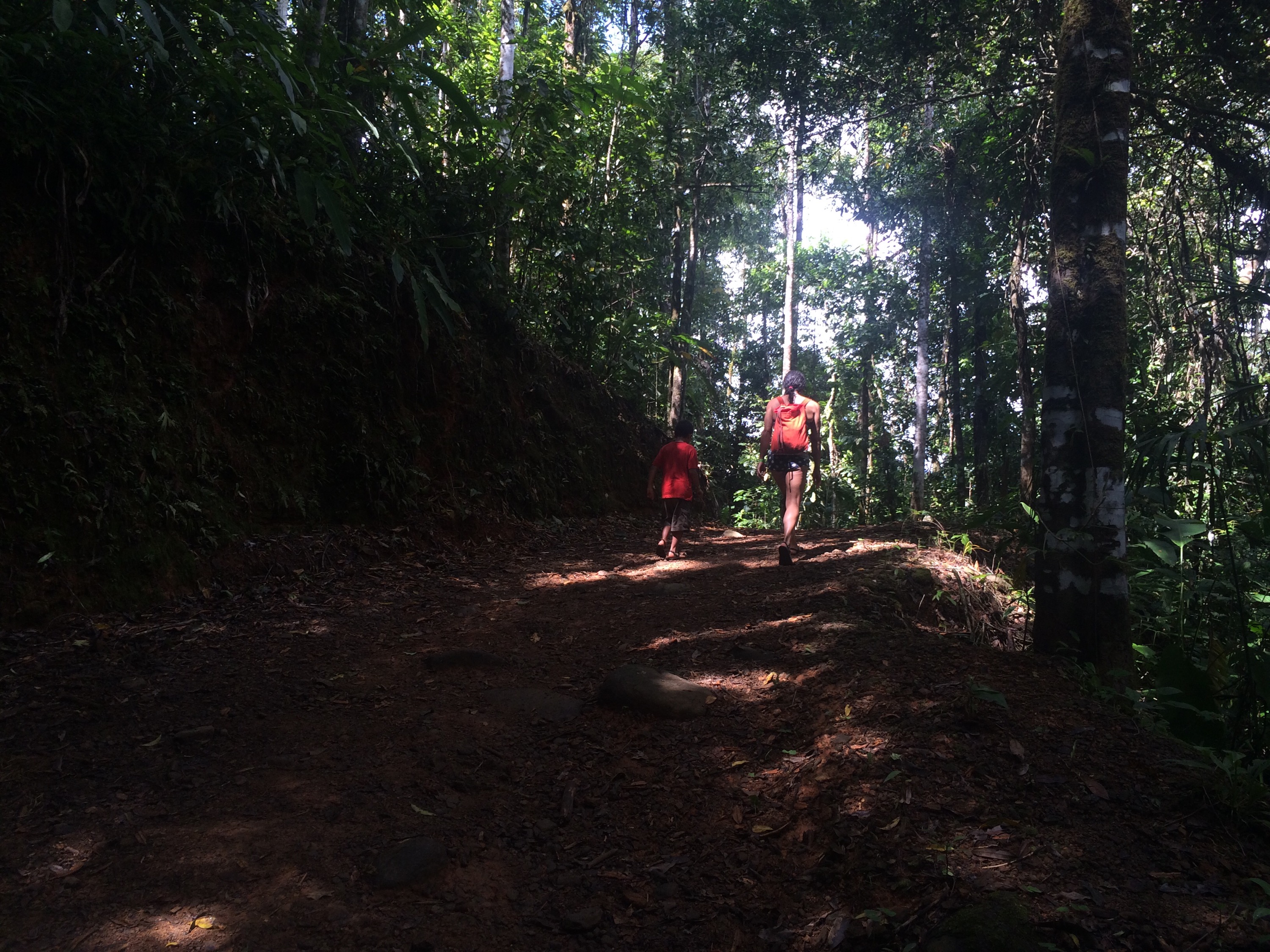 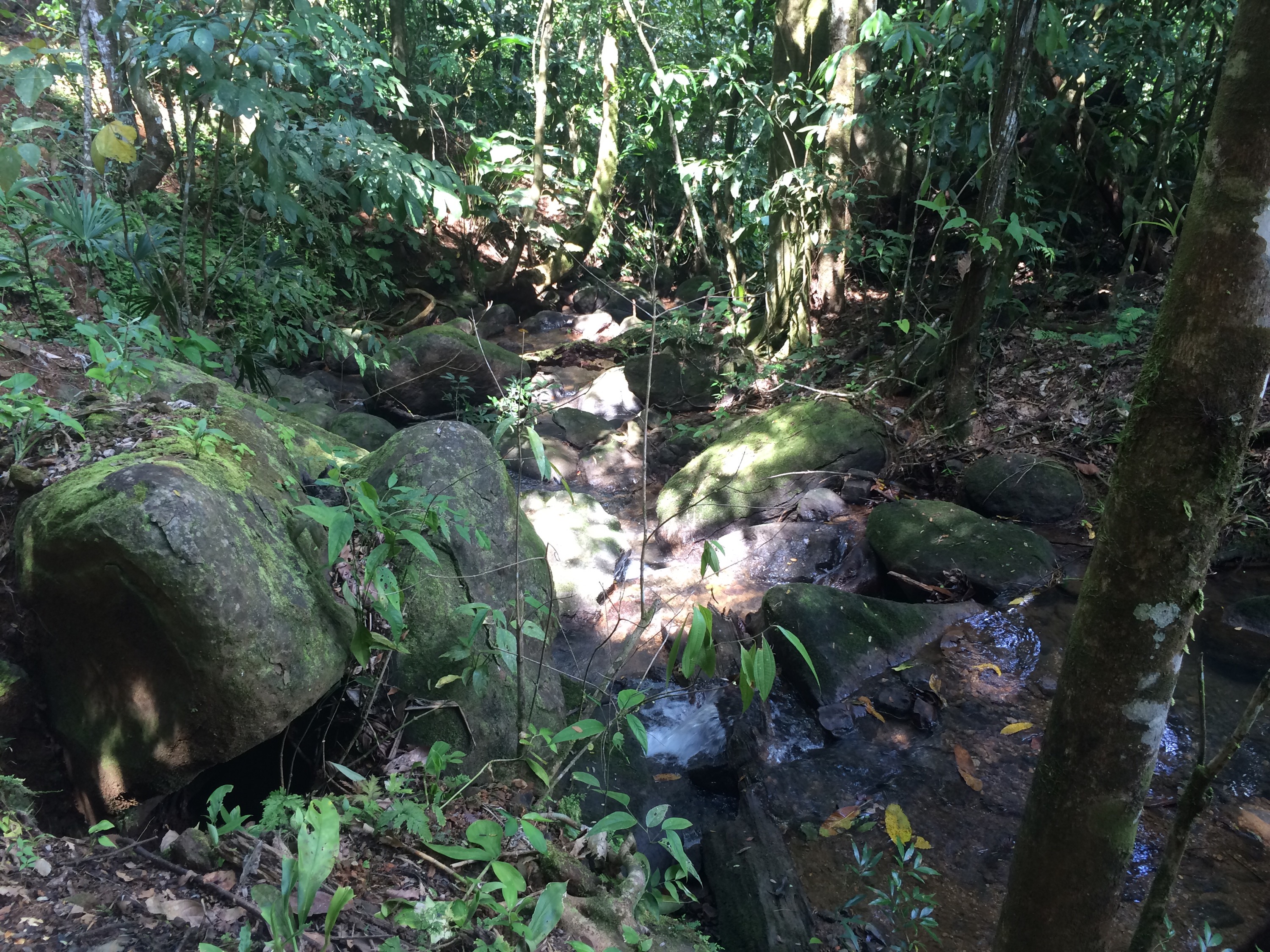 Our early start totally paid off and we were the only ones at the falls for a good hour. The water was cold and refreshing, all the more after a hot and sweaty hike. 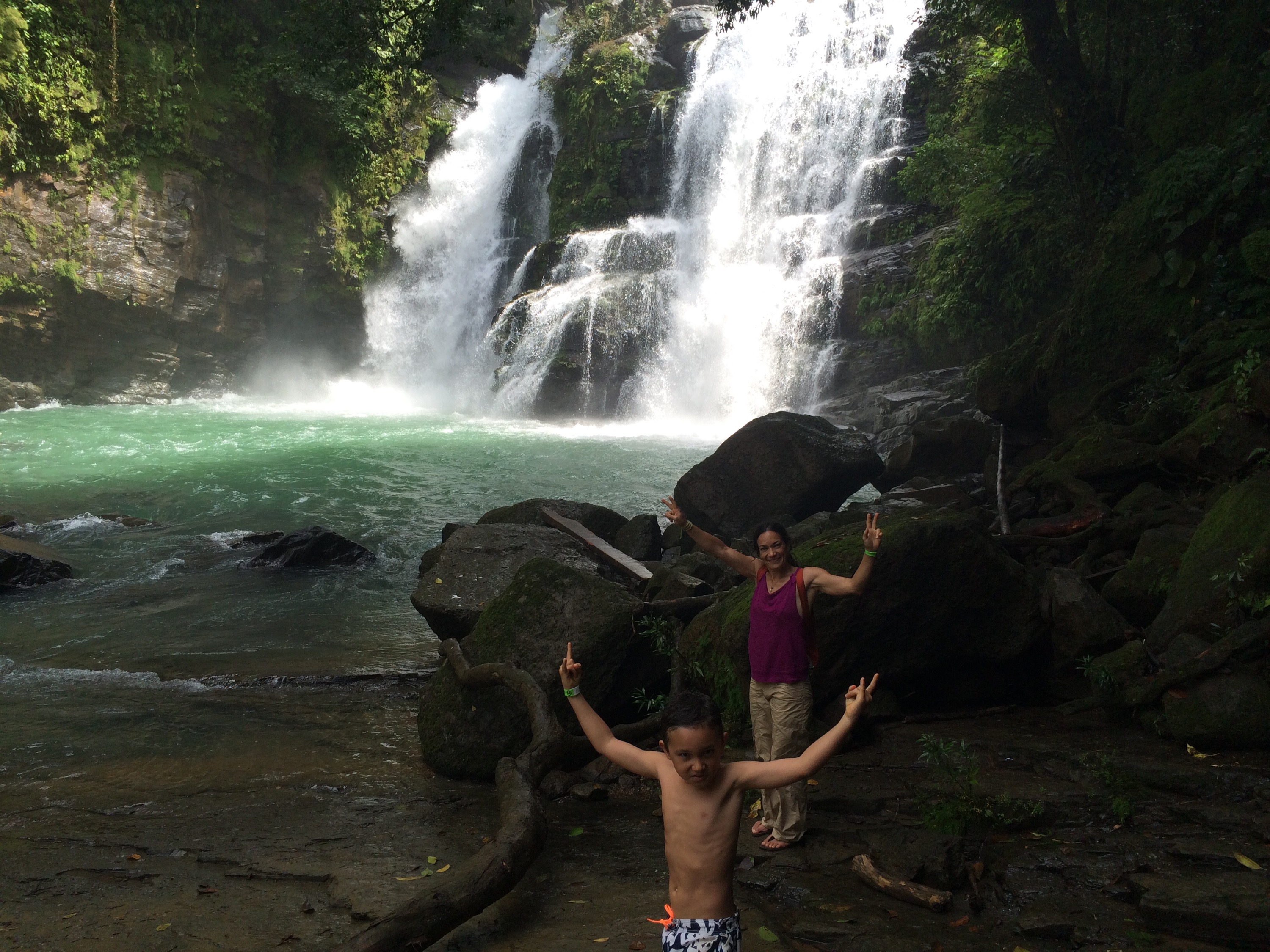 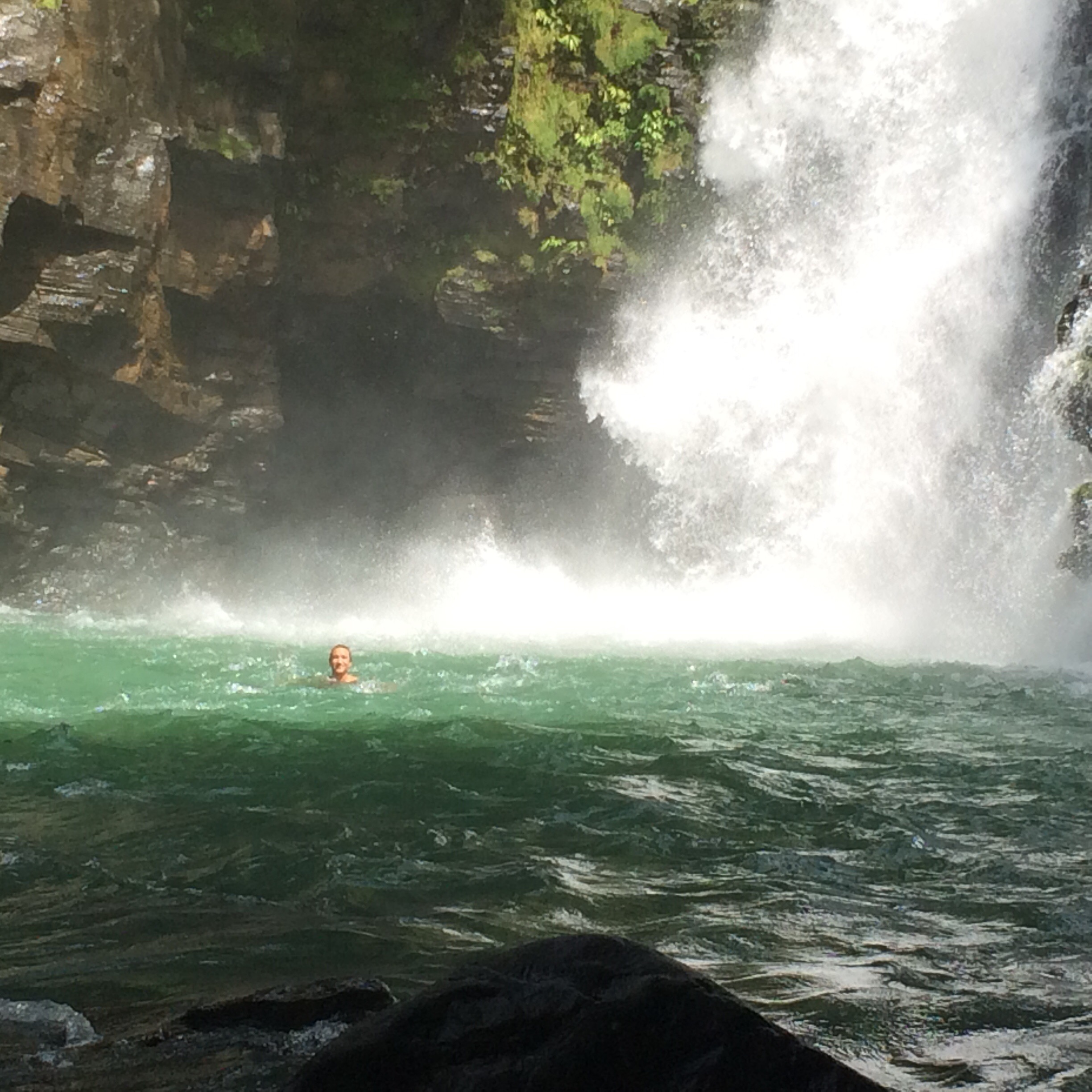 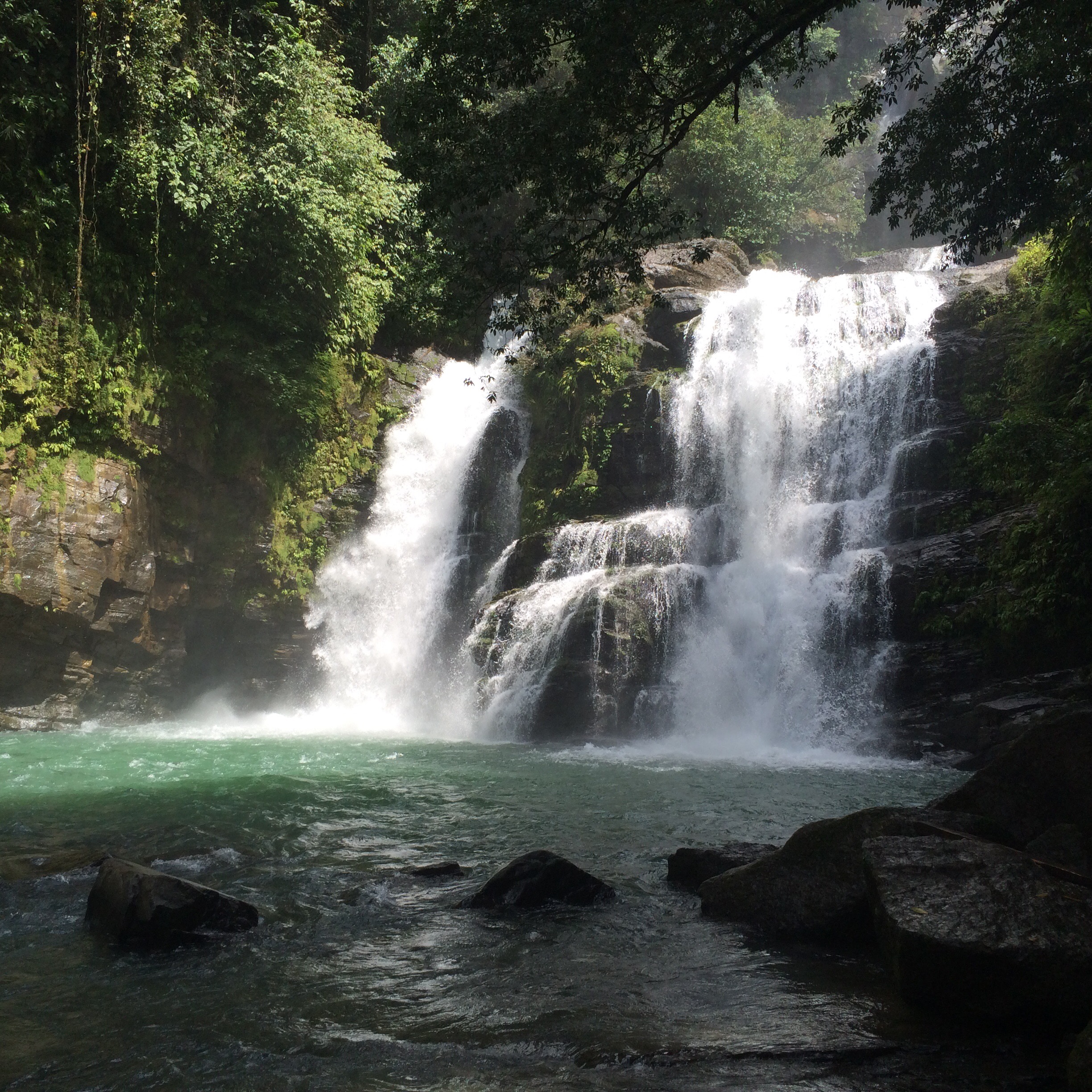 We scrambled over some slippery rocks to explore the vicinity, seeing some crazy geckos who can literally run on water. Nayou told us that they have some sort of air bubbles in the pads of their feet. That kid constantly amazes me with the depth of his knowledge about nature.

Nayou talked about Minecraft the whole way back which was a nice diatraction as we passed the latecomers puffing up the hill. I love that we can go on long hikes with him like this. And I love that we managed to visit such beautiful falls so easily!