on december 2nd, the day nayou turned eight (eight!), we bid farewell to uvita, and our amazing river house. we had a birthday/farewell celebration at escuela verde on nayou’s last day at school. it was a nice way to close out our time on the southern pacific coast and for nayou to get some closure. they have a great thing going with that school, and i’m so grateful we got a chance to participate in it, however briefly. 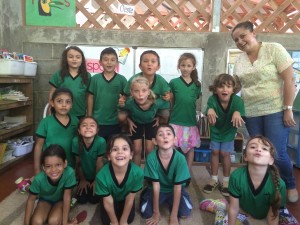 our next destination is cabuya, a tiny town on the southern tip of the nicoya peninsula, where will be spending the remainder of our time in costa rica. it was a full day of travel to get here – a two hour drive to the puntarenas ferry, one hour on the ferry, and then another hour plus on some gravel roads. 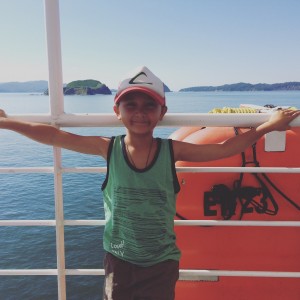 nayou has developed quite the taste for imperial, costa rica’s favourite beer. we only give him a sip or two at a time, and a little bit for his birthday seemed appropriate 🙂 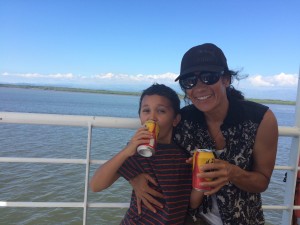 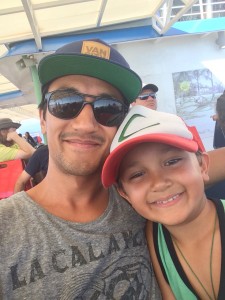 we arrived just as the sun was setting so our first impression of cabuya was just some dimly lit roads and not much else. luckily our landlady claudia is awesome and she took us out to an amazing local restaurant (called “sodas” in costa rica. and they are everywhere!). a fisherman called marvin runs it and we chowed down on some freshly caught red snapper with some rice and beans. it was delicious, and nayou impressed claudia with his post-travel appetite.

we’ve been in cabuya for four days now. its a very different experience from uvita – we’re in a much more rural location, for one thing. this is what the main road of cabuya looks like: 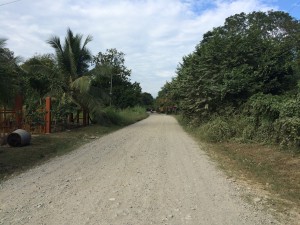 the climate is drier, so it doesn’t feel like a rainforest jungle out here. the landscape is more pastoral, with cows and horses grazing around us. we have a cute two bedroom house (the farm view cottage) surrounded by pasture, within walking distance to the bakery, marvin’s soda and the supermarket. 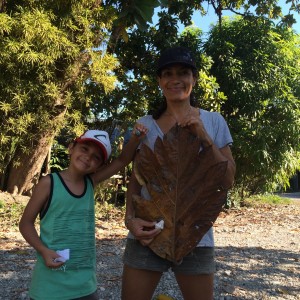 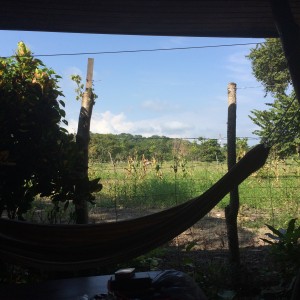 the whole place has a super tranquil energy to it and we have fallen into the slower pace of life with no trouble at all. there is a great river for swimming and fishing within a two minute drive, not to mention a string of jaw dropping beaches just a little bit further on. in any other place beaches like these would be built up with resorts but most of the time its just us and a handful of other people. crazy. 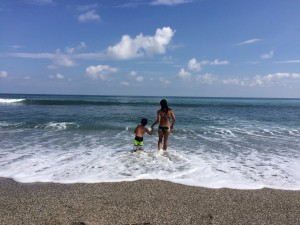 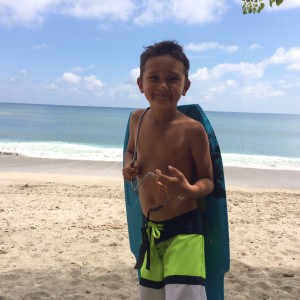 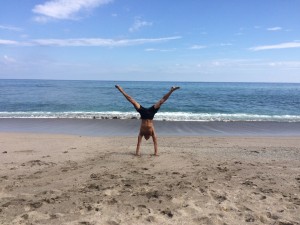 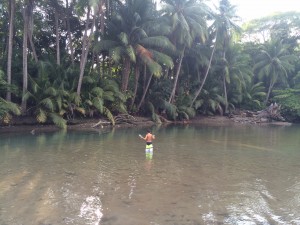 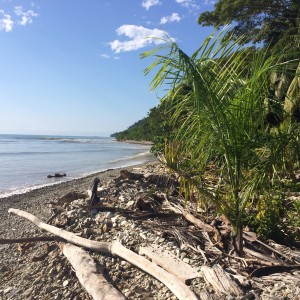 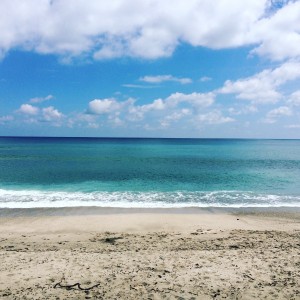 when we’re not at the beach or the river, we have been spending our days playing telefunken, the minecraft card game, and poker (texas hold ’em, or “tetris hold ’em” as nayou likes to say). nayou and i are also working on our own card game called “break through”, which is shaping up to be pretty cool. basically, we’re chilling, and that is a good, good, thing. 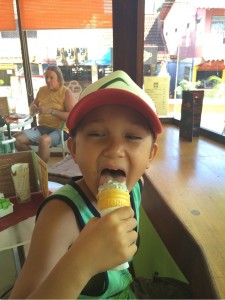