this year for easter we went up to see noa and her parents in brisbane and the sunshine coast, respectively. i had an extra long holiday due to a public holiday right after easter monday, and the air fares were really cheap so it was a no brainer!

after nearly missing our flight thanks to a very tardy shuttle service, we managed to board with time to spare. nayou loves going on planes and its so cute to see him get excited about travelling! he occupied himself quite happily for most of the short flight. 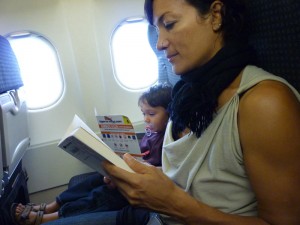 we spent the first two days in brisbane with noa. driving through brisbane we barely saw any damage from the floods – just a couple of shuttered shops. they have done an amazing job picking themselves up!

noa has a really cute place in an area called annerley. nayou wasted little time settling in and attaching himself to noa. especially once he saw her babushka dolls 🙂 here he is helping her water her plants. 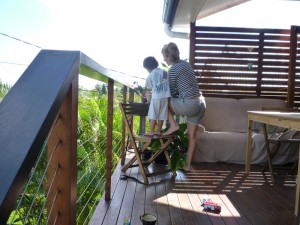 the best part of brisbane for me was our visit to the gallery of modern art (aka “the goma”). i love the exterior of the building, and the inside is just as beautiful as well. we managed to catch the final day of an exhibition looking at art in the 21st century. there was lots of interactive installations, including a lego table that nayou and i spent most of our time at. 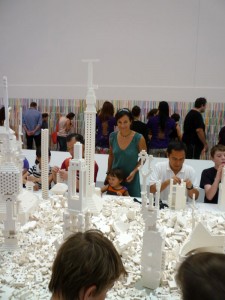 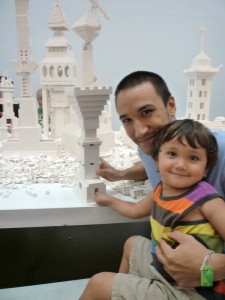 the rest of our holiday was spent up at the sunshine coast with noa, her friend john, and her parents. her family and my family have been friends since i was in high school, so hanging out with them is a bit like a homecoming. brenda and nayou hit it off with them too which was really nice. 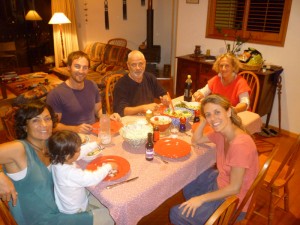 nayou was especially enamoured with noa’s dad – he warmed up to him within half an our of us being there and after that they were inseparable! 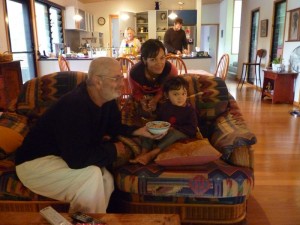 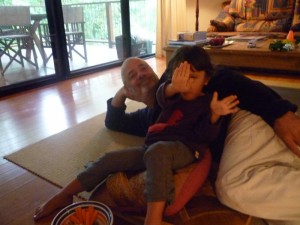 noa’s mum is one of the most respected suzuki teachers in the world. we all got in touch with our inner musician at her studio, which is in the lower half of their house. 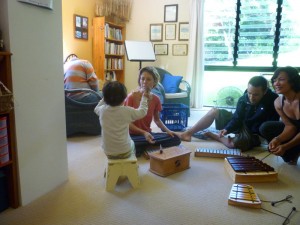 the sunshine coast is very close to noosa, and one of the things we wanted to do was to go surfing. unfortunately it was rainy the whole time we were there, and the swell was very small. we made it out to a local beach for a swim, but will have to come back for some wave riding. it was really fun just hanging out and relaxing though! having lots of adults for nayou to play with makes life much easier for us, plus everyone has fun in the process so it was a win-win situation!

for our final night in queensland we went back to brisbane to stay with some friends from wellington. these were our friends who kindly stored our stuff in their garage while we were in mexico. unfortunately by that time we had left our camera in noa’s car so we didn’t get any snaps 🙁

we managed to take much more video than photos, so here are the greatest hits!