ouple of months ago, before we even knew we were going to be in sydney, we had plans to go to my friend’s wedding in byron bay sometime around late november. while i was finalising my contract with dr. d i had told them that i would need a few days off around that time to attend it. days passed and the wedding got postponed, but we still had a pre-approved block of time off so we decided to take advantage of it and go up to byron anyway. as luck would have it, my friend justin from switzerland happened to be in sydney and happened to be going up to byron bay at the same time so it was a no-brainer! so last thursday we packed our bags and headed to the airport for five days of sun, surf and relaxing. nayou was already in seventh heaven from the moment we set foot in the airport. 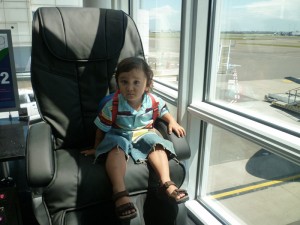 i’ve been hearing about byron bay since i was in high school. people talk about it with a dreamy look in their eyes, and many of them mention that they want to live there. the town is located on the eastern most point of australia, close to the border of new south wales and queensland. it started out as a community of hippies in the 70s and has grown into quite a tourist destination since. the town itself is still quite small, and boasts large stretches of gorgeous beaches. most of the beaches also have surf breaks, which made brenda and i very excited. 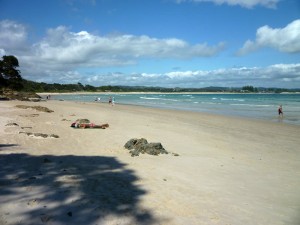 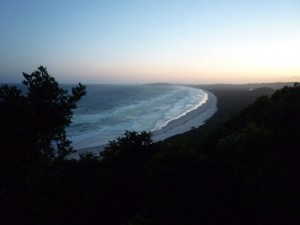 we struggled with finding affordable accommodation but found a great company that rents camper vans so we decided to go with that. which was the right choice because not only did we end up with a bed to sleep in, we also got a set of wheels as well! brenda found a camp site about twenty meters from the beach so it was easy to wander back and forth as we liked. 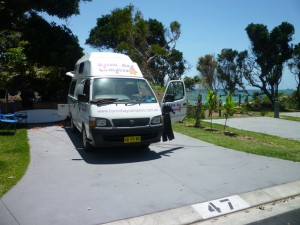 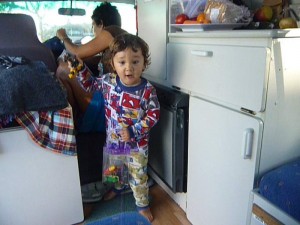 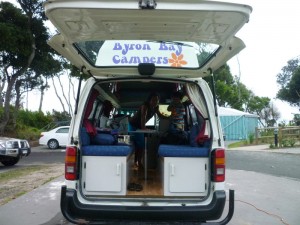 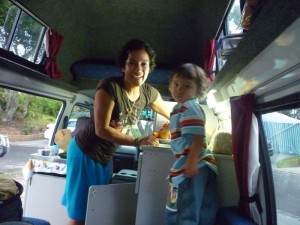 nayou wasted no time befriending the two girls that were staying in the site next door. he was a bit starved for some hardcore playtime with kids so i was happy to see him get some. 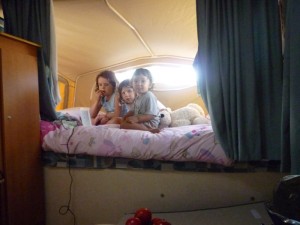 at the campground there were these freaky looking wild turkeys with weird dangly bits on their necks. they were not afraid to come right up to you and scratch at your bags in search of some food. nayou and i tried to catch them for dinner, but unsuccessfully. 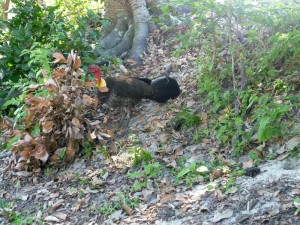 we were blessed with amazing weather for the whole five days that we were there. it felt so nice to be soaking up some rays and being a beach bum again. it reminded me of what our life was like in mexico and how relaxed and easy that was… which was good for me because this whole move to sydney has been stressful! so it was nice to get some perspective.

we didn’t do a whole lot except for surf, play at the beach and master the art of hanging out. we did a lot of this: 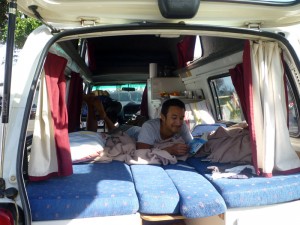 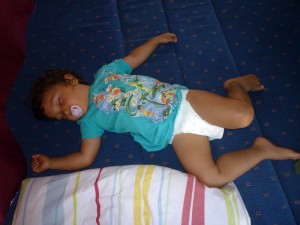 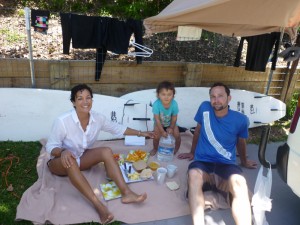 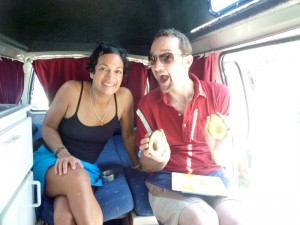 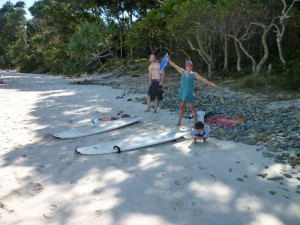 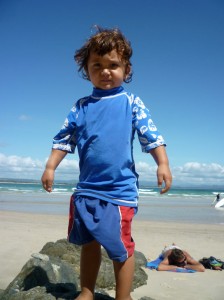 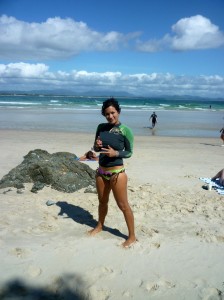 we arrived back in sydney a few shades darker and very happy! this weekend its back to house hunting. we’ve got some great places to look at so let’s hope we find a place to settle down!