today was day one of the 1st punta sayulita surf classic, a two day longboard and paddle board tournament in sayulita. apparently this is the first major surf competition to be hosted in sayulita. there are professionals who have been invited from hawaii, california and other parts of mexico so its a pretty big deal in our small pueblo. the waves have been practically non-existent for the whole week so everyone was worried, but mother nature pulled through with gorgeous rolling waves! we got to see the local homeboys and homegirls rip it up with some of the international stars all day long. unfortunately i don’t have any lenses can zoom far enough to capture the surfers in action so i had to content myself with snapping portraits. but this is a good chance to introduce you to some of the people we play with every day.

first up is our old neighbour leila. this girl has mad attitude and a heart of gold. 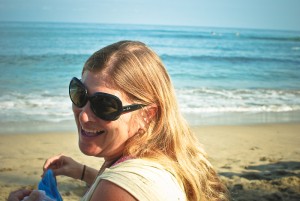 this is joel, one of the smoothest, most bad-ass longboarders i have ever seen. he was on fire during the competition today. i hope he wins tomorrow! 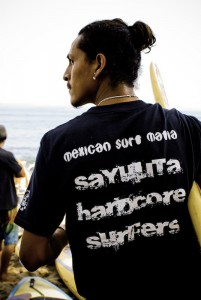 eric has made an appearance on this blog before. this guy has a lot of show-y tricks that he likes to pull when surfing, like doing a headstand while he’s on a wave. we just found out today that he is joel’s brother! 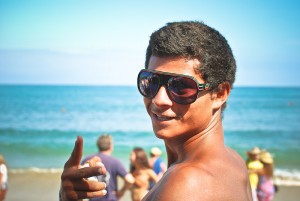 and this is hector. he works at the local surf shop and is also a really good surfer and paddle boarder. nayou likes to play soccer with him, but he is kind of a grumpy guy (sorry if you’re reading this hector!). 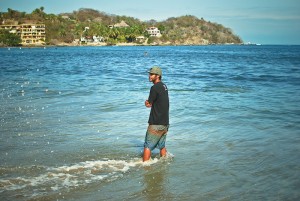 mateo sharing a moment with his dad tigre. lots of the guys in sayulita have nicknames of animals. tigre’s brother is called pato (duck). we also know a pollo (chicken) and a guy called chilly willy. seriously. and tigre’s girlfriend told me about another guy called ching-a-ling! 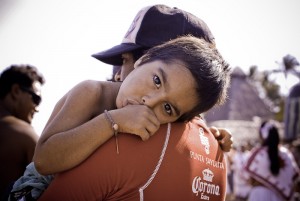 this is one of the competitors from puerto escondido. he is a pretty scary looking dude. good paddle boarder though. 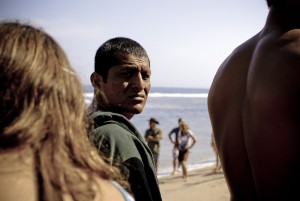 this guy got invited to the competition all the way from hawaii. it must be pretty awesome to jet around the world for free to surf! 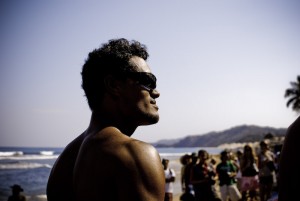 our friend risa makes longboarding look so graceful. this girl has some serious chops on the water. she’s my pick for the #1 spot in the women’s division. go girl! 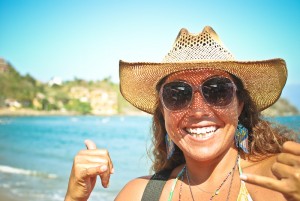 this is risa with sondra. we have been hanging out a lot with sondra lately because she is just so awesome. she’s a deep thinker with a hilarious sense of humour. i wish i could repeat some of the stories she’s told us about herself but i’m afraid she might kill me. it probably wouldn’t be as funny anyway – she is a great storyteller. 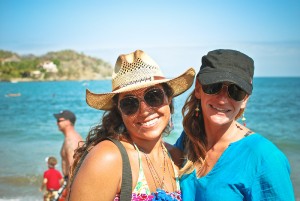 israel is another sayulita local who can longboard like nobody’s business. the trophy for the competition tomorrow will be a fight between him and joel for sure. i wish i had video of this guy on some waves. its truly a sight to behold. i feel like i’m gushing about every surfer i’m writing about today, but the caliber of local surfers in sayulita is pretty stellar. you get a little bit jaded when you’re around it all the time, but seeing everyone in the spotlight today reminded me of the incredible skillz these people have! 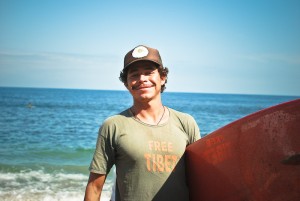 kalani is one of the sweetest kids i know. he is always really happy and loves to play with nayou. his name is from hawaii and means “sky breaker”. 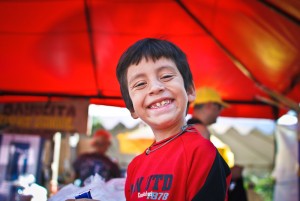 and lastly here is nayou getting into his “chippies” on the beach. 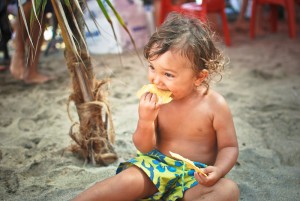