there is a friend of ours, minka, who owns tierra sayulita, a fair trade textile store that has lots of gorgeous stuff. i’ve heard many ladies talking about her dresses with dreamy looks in their eyes. the dresses are made from recycled saris and are pretty cool. the day brenda saw them for the first time she had that faraway stare as she described them to me. since our cash flow can only be described as a trickle, we have been avoiding unnecessary expenses, of which the dress was one. but often the universe conspires to provide one way or another! last week minka asked brenda if she would like to model some of the dresses as part of a fashion show that she was putting on. brenda would get a free dress in return and a day of fun strutting her stuff. it turns out that one of these posh all-inclusive resorts that dot the coastline south of sayulita had asked minka to put on a show for them.

wednesday was show day so we hung out at the beach in the morning and packed up the car around lunchtime. of course the waves were absolutely perfect that day which was so sad, but at least i managed to sneak a short session in. our first stop was the hair stylist’s house where the six ladies were getting their hair and makeup on. the stylist lives in this humungous gated community where there are just rows and rows of houses that look exactly the same. it was more than a little bit weird, and reminded me of how much architecture influences us. seeing these hugs tracts of identical houses made me feel like an automaton. all we need are four walls and a roof. forget about individuality! check out their gallery to see what i’m talking about. at least they had a pool, which nayou made good use of while the ladies got dolled up. 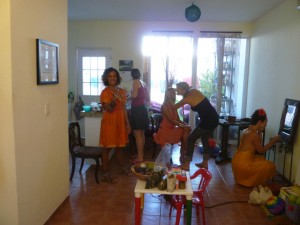 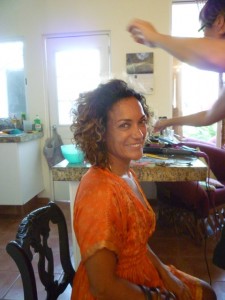 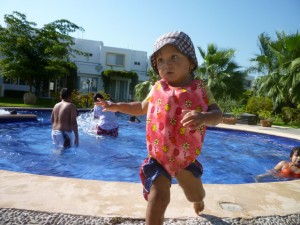 once everyone was done it was time to hop into the car again and head to acqua vallarta, the resort where the show was happening. i knew the place was going to be upscale – every resort in nuevo vallarta is. when we first arrived in sayulita we used to go to a place called flamingos on really hot summer days. flamingos, for what it is, was very fun. they had a nice big pool with friendly staff and luxury touches like free towels. acqua vallarta, on the other hand, was like walking into a sterile version of miami. everything was white and minimal, there were grumpy security guards, and no waiters. when we finally got a drink, they came in those big red plastic cups that people in american colleges use. classy.

but hey, we weren’t there to case the joint. we were there to dazzle some people! everyone got ready just outside the resort, putting on last touches of makeup and rehearsing their walks and turns. 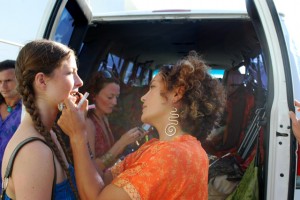 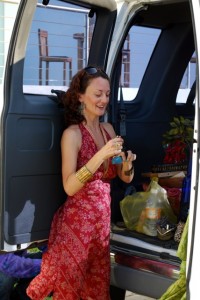 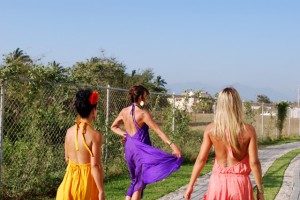 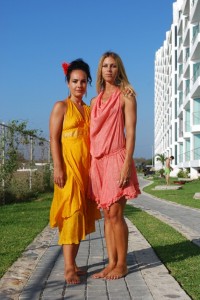 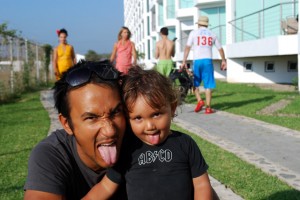 after a while it was clear that something was very wrong. minka was running around looking very stressed with only ten minutes before the show was supposed to start. i walked into the resort and saw that there was no catwalk set up and that there were hardly any people there. no-one who worked there seemed to know that there an event going on. oops. eventually we located the lady that was supposed to be promoting the whole thing. i didn’t hear her story but she mentioned something about flying in that day and not having time blah blah blah. so the show never ended up happening, but we hung out for a while and took some photos anyway. it sucks for minka because she put a lot of time and money into this. i hope she gets compensated, especially because they asked her to do the show!

at least everyone looked gorgeous. i like how minka chose beautiful women that don’t look like they’re thirteen and have been anorexic their whole life. they all looked very sexy in their dresses, especially brenda! 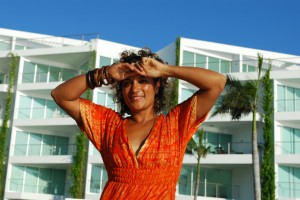 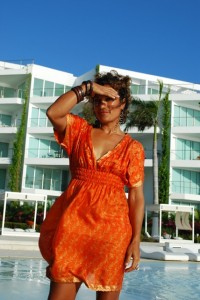 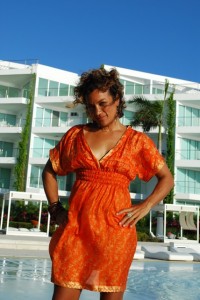 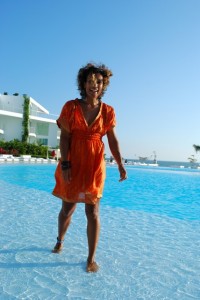 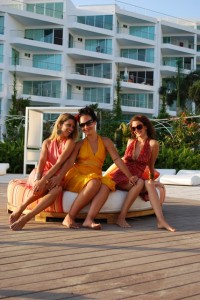 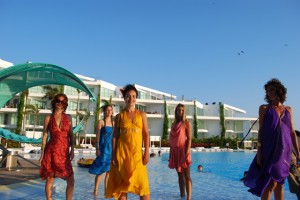 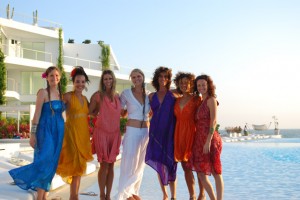 in the end it was a pretty cool day (for brenda, nayou and myself). we got to see some parts of vallarta that we never thought we would see, which really made us appreciate our little pueblo called sayulita!