Nayou has been asking for some friends to play with, which is a hard thing to do when you’re out in the jungle in a new country, in a city you’re only going to be in for three weeks. He has been worried that he won’t have any friends to celebrate his birthday with, which makes me very sad for him! Brenda did some searching online and found Escuela Verde Costa Ballena, a bilingual school ten minutes from our house. She got in touch with them and we went to visit last Friday.

Everyone there was really nice and welcoming, and we felt comfortable right away. The director of the school Naomi is half Japanese half American, which I kind of suspected by the way she managed to pronounce my name properly right off the bat. It was weird speaking Japanese in Costa Rica, all the more so because we were switching between English and Spanish as well! Nayou really liked the place so he did a two day trial on Monday and Tuesday, and he loved it. On his first day Brenda and I were kinda worried for him, but he came home so excited. The first thing he did the next day was organise his “school things” (pencils, erasers etc). We bought him the school uniform, which is a green shirt with the school’s name on it. When he put it on at school, we heard one of the girls say to him “now you’re really going to this school” 🙂 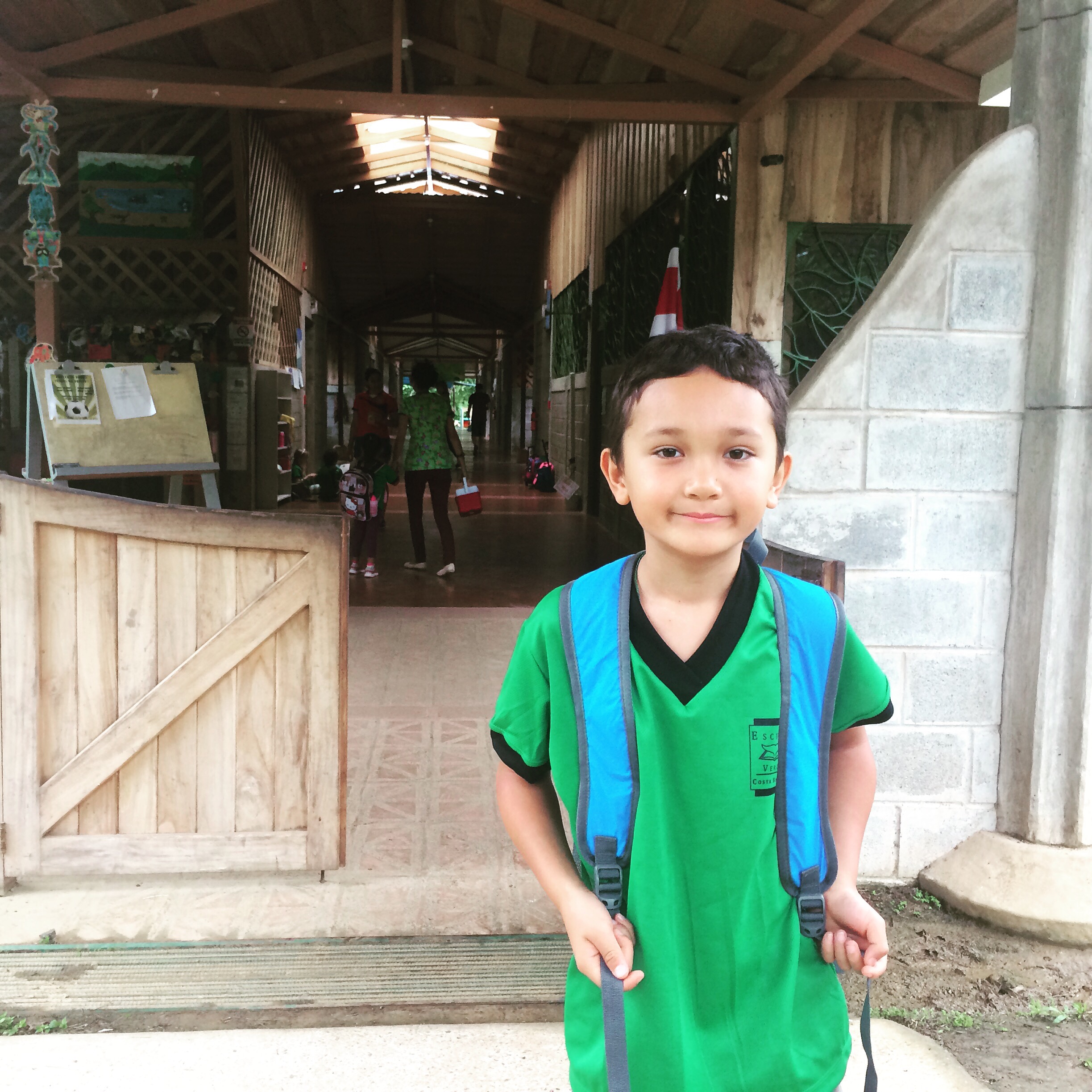 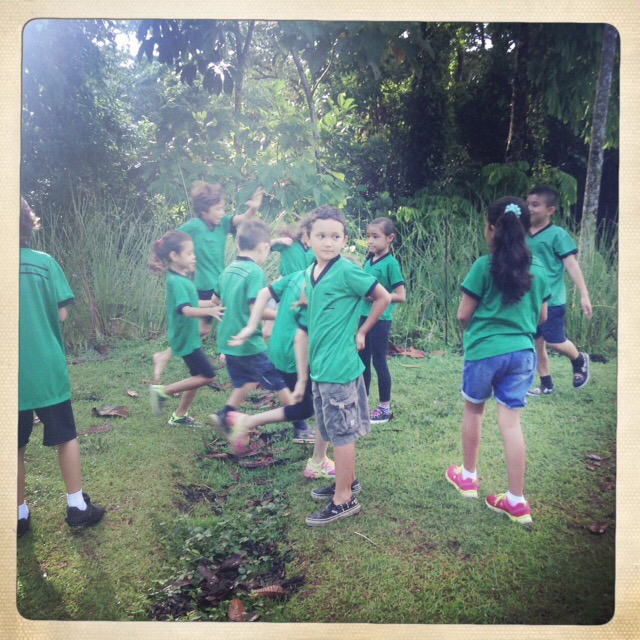 We are only in Uvita until the end of the month, so his time in school will be short. Even shorter because the school is closed next Thursday and Friday because of Thanksgiving. It comes to a grand total of nine days, but it is an amazing experience for him. He has already asked if we could stay on, which would be nice, but they break for Christmas on the tenth anyway, so there’s not much point.

Even only after three days of school, his reading is impoving in leaps and bounds. He has to read a Spanish book every day, so we are working through some simple ones I found online. Spanish is way more consistent than English, so it is easier for him to get it. But he’s also starting to pick out words on the Kindle as I read to him, and this morning I got him to read words like “sickness” and “stillness” without too much prompting. If I had asked him last week his eyes would have glazed over at the number of letters. So Brenda and I are super psyched for him!

Our grand unschooling experiment has been going so well thus far. A large part of our reluctance to enroll him in a more traditional school has been due to the fact that we just haven’t found one that is a good fit. Windsor House, the democratically run school he went to in Vancouver, was too chaotic and lacked enough adult supervision that we didn’t feel 100% comfortable leaving him there. However, I always suspected that Nayou would thrive with a little more structure and (dare I say it) competition, and I think his experience at Escuela Verde is proving me right. We always check out all the schools around the places we land, and I hope that we can find more gems like this one in the future.

Best part of all this – he will have some buddies to come to an early birthday celebration we are planning for our last Saturday in Uvita. I think its gonna be quite a big party given that we are inviting all eleven kids in his class, plus a bunch of other people we have met so far. Good thing we have lots of space and a pool!