Its been almost six weeks since we left Mexico behind and hauled ourselves up north. Now that I’m back at work full time, its been hard to find the time to update the blog. In fact, I’m typing this at a noodle bar during my lunch break!

Our car has been super awesome. Vancouver still has a ways to go in terms of car share services and public transport outside of the downtown area, and it became clear to us early on that we were going to need wheels. Brenda stepped up to the challenge and spent many hours combing through ads on craigslist before finding our 2003 Honda CR-V. It is so much nicer to be able to get around in a car, especially north toward the mountains. There is a place called Rice lake which is about ten minutes drive from our house. Its so close, but the old growth forest you step into makes you feel like you are world away. The government stocks the lake with trout so there is plenty of fishing there as well! 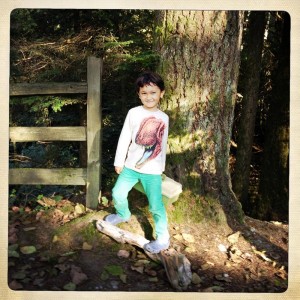 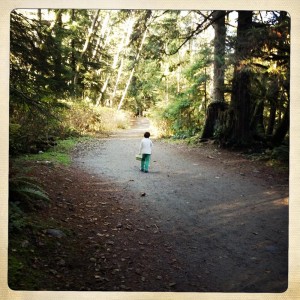 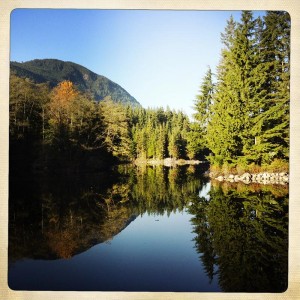 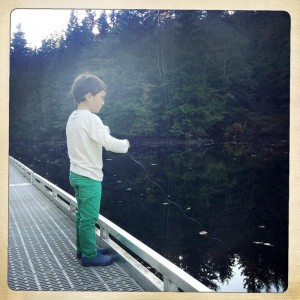 You can start to see why people are nature lovers out here. And speaking of wheels, Nayou got himself a bike! Check out his mad hipster steez: 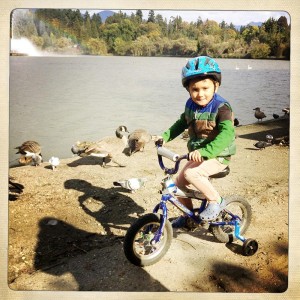 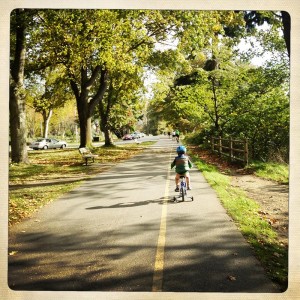 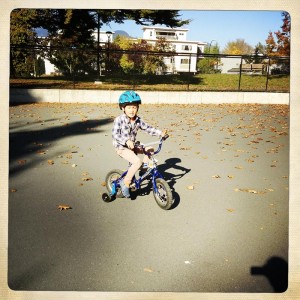 Another reason for the long interval between posts was the fact that I went down to LA for two weeks. Because Sony’s Vancouver office is a satellite office, it can be hard for newcomers like myself to get going. So they flew me down for some training which was super fun. I met all the people I am working with, plus got all of the political and historical gossip I needed to function properly up here. I stayed in a historic hotel about five minutes walk from work, with a cinema next door and a yoga studio steps away. Not to mention a gazillion restaurants all over the place. Needless to say, I was pretty happy! I got a chance to see a fair bit of Aya and Ryan, although we were horrible Japanese people and took pitifully few photos. Our ancestors would be ashamed. We did manage to take one at a concert at the Hollywood Bowl though! 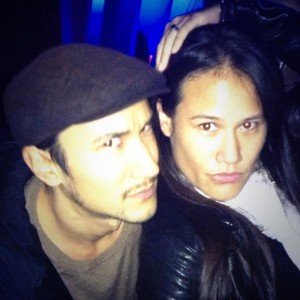 While I was in LA, Brenda and Nayou took the new car for a spin down to Seattle. It takes about three hours each way including the time spent at the border, which isn’t too bad. The last time we were all there in January Nayou and his cousin Penelope bonded really fast, and this they were inseparable as well. Its so cool to see the cousins getting along well. One of the main motivations for sticking along the west coast was to be closer to family and it makes me happy to see it paying dividends already. 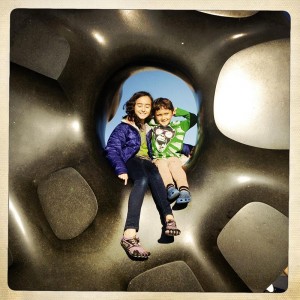 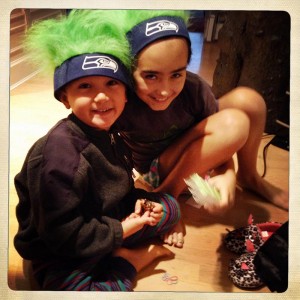 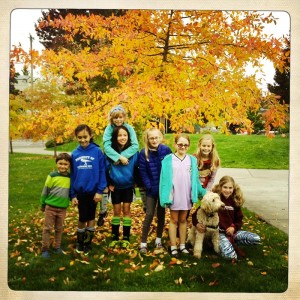 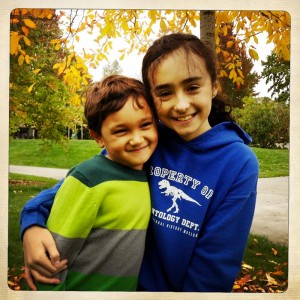 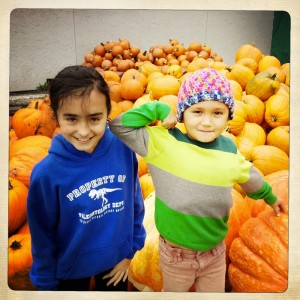 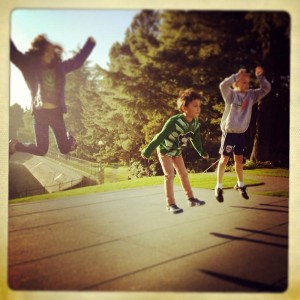 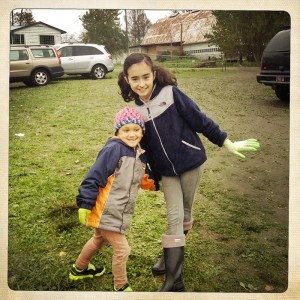 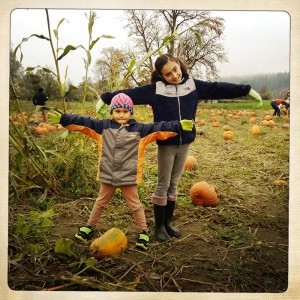 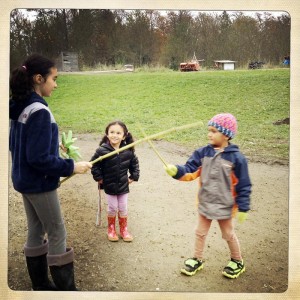 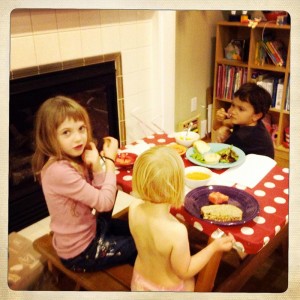 Here is Nayou attacking a ginormous plate of pancakes at the Coastal Kitchen in Seattle. I remember back in the days when Brenda and I had first started dating we would go there for brunch often. Kind of cool to see Nayou chowing down there now. 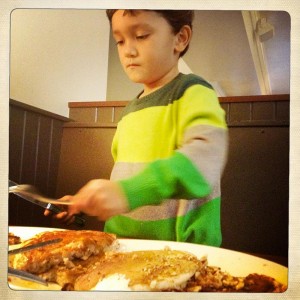 Speaking of ginormous plates, one of the things I have noticed about Vancouver is that their portion sizes are huge! In Mexico they are big but still small enough that Brenda and I would usually order a main dish each. But up here it makes more sense to share and even then I still end up full!

Another bonus about being in Canada – a working postal service! Thanks to Kiki and grandma who have been sending care packages up to us. Nayou loves getting them 🙂 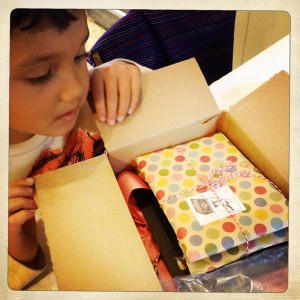 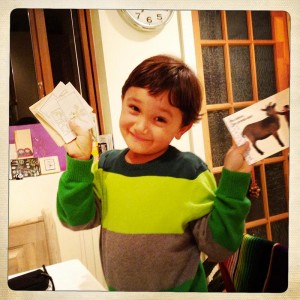 Here are some other photos to finish up. 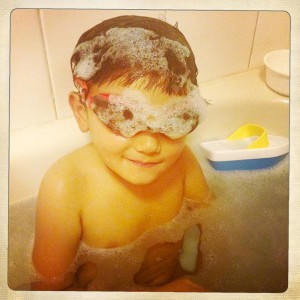 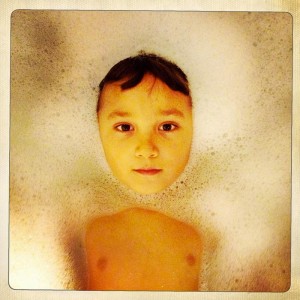 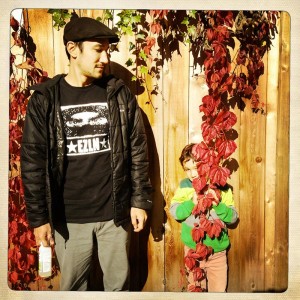 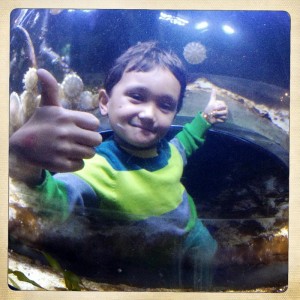 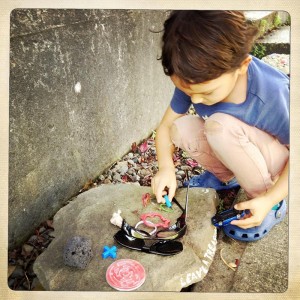 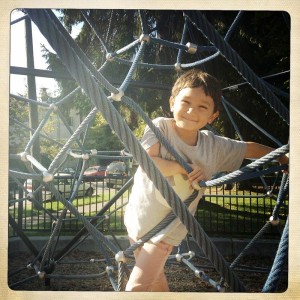 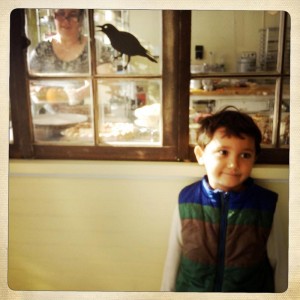