galungan is a balinese holiday that happens every 210 days. it lasts for ten days and during this time they believe that the gods come and visit earth. they leave on the last day, which is called kuningan. during this time there are lots of offerings and various ceremonies, which are supposed to entertain the visiting gods. every household erects a tall curved bamboo pole in front of their compound, and there is usually a small altar with offerings attached to it. 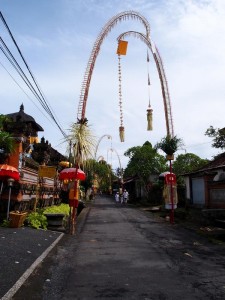 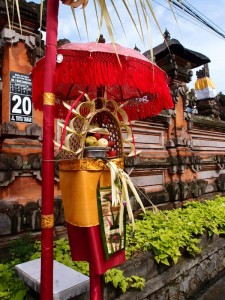 our house got a bamboo pole as well, courtesy of our landlord made and his wife ayu. ayu also came and dressed up our pool guardian shiva. 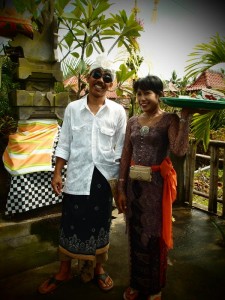 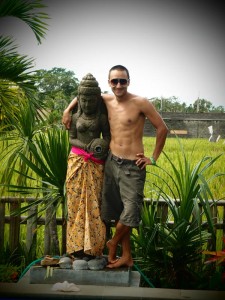 it is also considered very lucky to get married during this time. families whose members tied the knot get to display these beautiful decorations in front of their house: 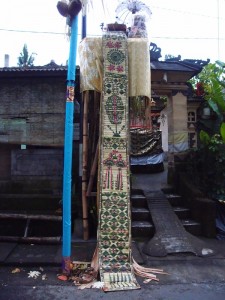 for the first night of galungan we went to visit our friend ibu kadek and her family to take part in their village’s parade. 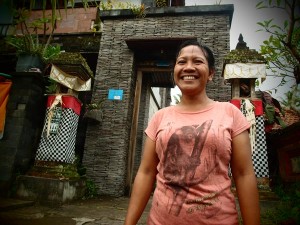 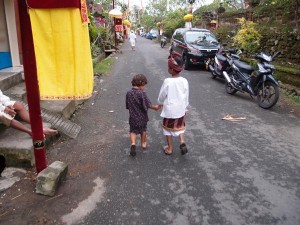 kadek loves to go shopping at the warungs. he likes to buy sweets and this toxic smelling rubbery stuff that you use to blow bubbles with. i remember playing with that stuff when i was a kid in japan! of course nayou was along for the ride and wanted to do everything that kadek did. the only thing we can’t get him to do is wear traditional balinese attire. ibu kadek has some super cute sarongs for him, but he refuses to even try them on. at least he is cool with wearing his japanese yukata. 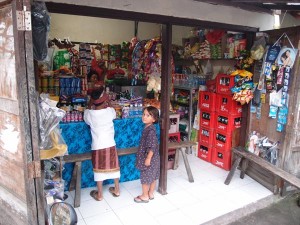 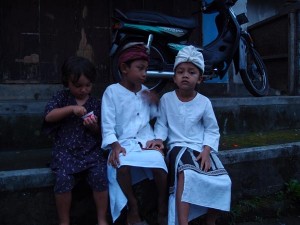 for kuningan last night we went and checked out the procession at our village of kutuh kajah. it was a mellow affair. nayou was more interested in his boat races with budi 🙂 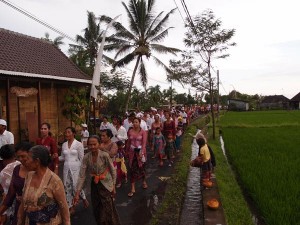