a very, very large chunk of life in bali is devoted to all kinds of ceremonies. there are ceremonies to honour the bazillion gods, the harvest, the family etc etc. you name it, they make offerings to it. on one hand its amazing how strong spirituality runs through the entire culture. on the other hand its a bit sad to see the time and money they pour into these ceremonies, especially if times are tough. having a baby can break the bank because you need to pay large sums of money for various ceremonies when they are young. ditto for marriage. perhaps this is my western-minded cynic coming out, but it does seem a little excessive when so many people are hustling every day to make ends meet.

anyhoo, our friend ibu kadek (literally “mama kadek”) invited us to the ceremony celebrating their family temple last week. its held twice a year. ibu kadek spent days cooking mountains of food for the occasion, as did the rest of the women in their family, so there was a sizeable cornucopia when we rocked up to their family compound. this is what the main temple looked like: 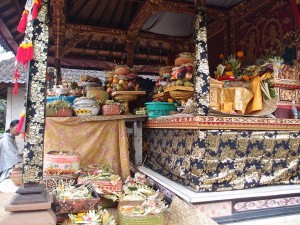 their other family temple was also laden: 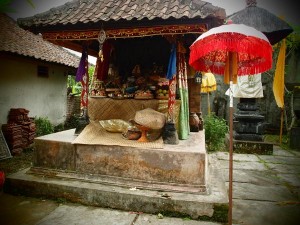 the weather looked promising all morning, but just as the ceremony was about to begin it started raining. we waited it out but the rain didn’t let up so they went ahead with it while it was still coming down. it would have been nice to have the full experience, but it was still cool to be able to participate! 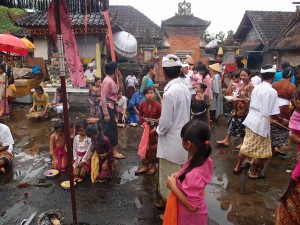 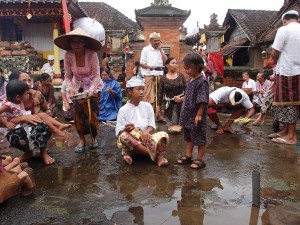 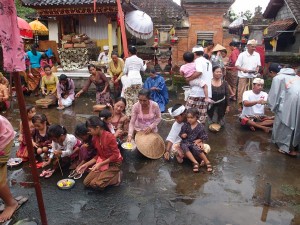 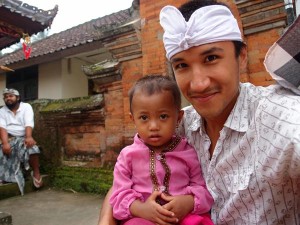 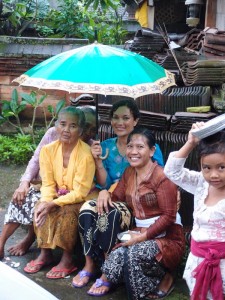 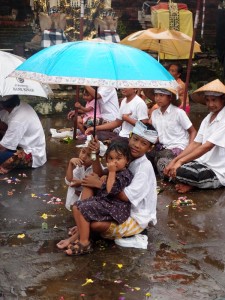 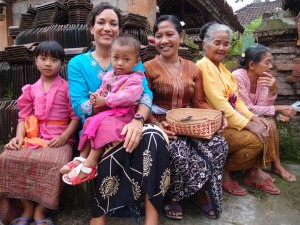 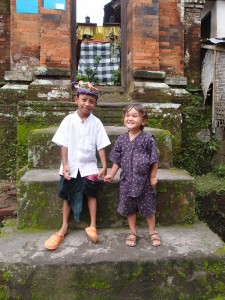 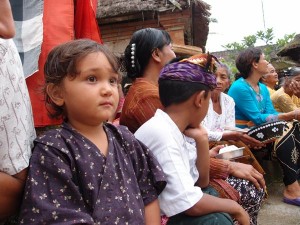 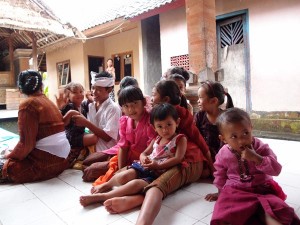 after the ceremony we had dinner at ibu kadek’s house. i was tired and a bit shivery from being out in the rain so this is how i spent most of the afternoon before eating. shameless! 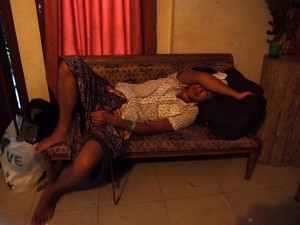 we all really like ibu kadek and her family. her two sons, wayan and kadek, are nayou’s bffs. here is their papa, made (pronounced ma-day), being a horsey despite feeling ill from an upset stomach. giddy up! 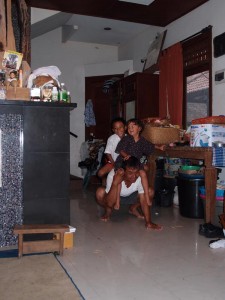