one of the bonuses of delaying our departure was that i got to go to the happy feet 2 premiere tonight. originally they said the event was for crew only, but i asked for two tickets and got them! this time my hot date was nayou and not brenda – mainly because brenda’s still healing her knee, but also because there aren’t that many chances to take your kid to a movie premiere. we walked the not-so-red carpet amidst a flurry of fake snow. 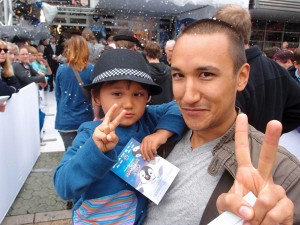 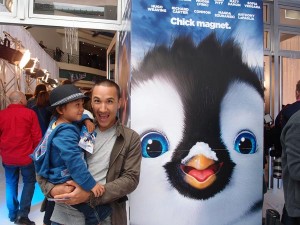 robin williams and george miller were there to hype the crowd up, but they showed up 45 mins late, which is an eternity for kids to wait. 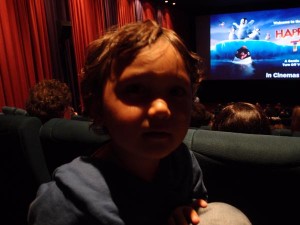 but the movie did start eventually and i must say i was pleasantly surprised. given all the problems that it took to get this film on screens, the end result is gorgeous, and the story is passable. its not going to redefine cinema as we know it but perhaps it will keep some kids entertained this year… for the most part nayou liked it, although some of the story scenes were a bit over his head. he did like all the chases and the parts with the rescue boat though! 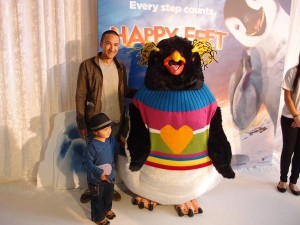 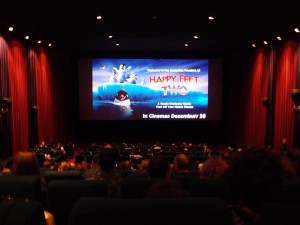 41% on rotten tomatoes and counting! which is nowhere near as bad as some of the films i’ve worked on.