i thought we were rather scant on photos lately and it turns out i had just forgotten to copy stuff from out point and shoot onto our computer. oops. looking back at what’s on there, its clear that we have been rather busy beavers!

earlier this month we finally made it into the inside of the opera house for none other than the extravaganza known as yo gabba gabba! the whole cast was there, including the legendary biz markie. i can’t believe they brought him on tour just to be on stage for less than five minutes. it was a great show, although nayou was a bit over stimulated by the end. it was funny to see a bunch of adults with no kids in attendance. and singing along to all the songs. i like yo gabba gabba as much as the next parent, but i don’t think i would watch it if it wasn’t for nayou. to each their own i guess! 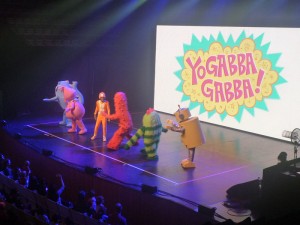 we went with my supervisor paul, his wife josa and their cute kid wyatt. 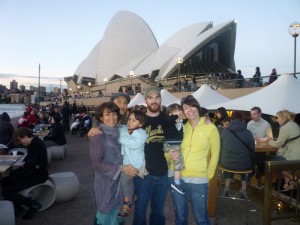 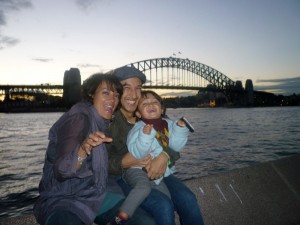 its still winter here, so there has been a fair amount of rain. which means that there has still been lots of this: 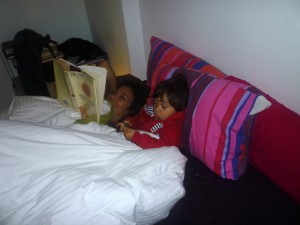 we’ve been making sure nayou stays bundled up when its cold. sometimes he looks very dapper: 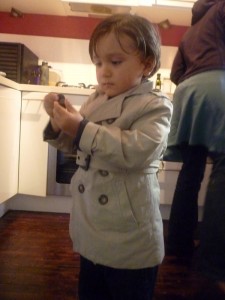 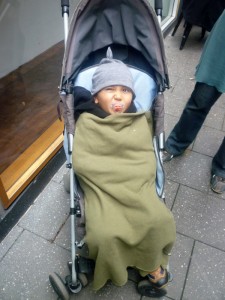 one rainy day we went to see the steam trains at central station. that was pretty cool. 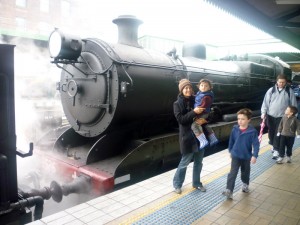 of course june in this household is synonymous with brenda’s birthday. we made a full long weekend out of it (i was “sick” on the 6th) and had a blast. we kicked off the celebrations with presents in bed. 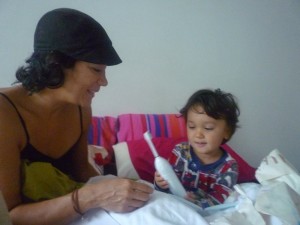 we even left nayou with a non-relative babysitter for the first time ever to go out and party like adults. brenda and nayou met this girl kate who works at the aquatic center near our house, whom nayou adores. she was happy to come and spend an evening with him so it worked out perfectly. i have to admit i was skeptical whether the arrangement would go smoothly – nayou is not exactly the kind of kid who will open up to anyone – but he really really likes kate. when we told him that she was coming over to play while we went out, he was ushering us out the door the moment she arrived!

we didn’t take any photos that evening, but i managed to take a couple the next day when we headed out to bondi for a birthday surf. 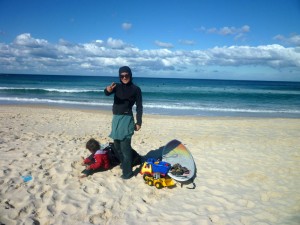 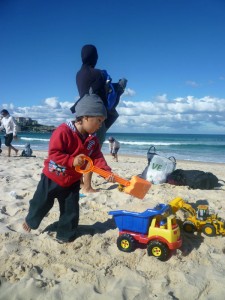 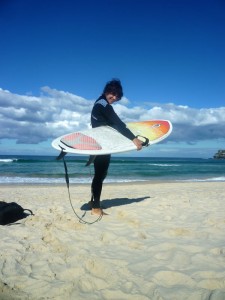 followed by a rather indulgent afternoon tea! (indulgent for us, anyway ;)) 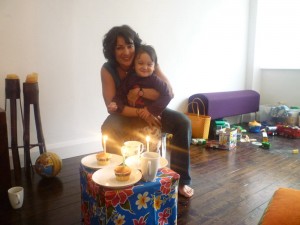 this weekend we rented a bike trailer from the amazing watershed bike library. we hauled nayou all over the place in this thing! on saturday we rode from potts point all the way to sydney park. nayou really likes it which is cool. it does make my legs tired quickly though. i am a bit of a wimp when it comes to biking 🙂 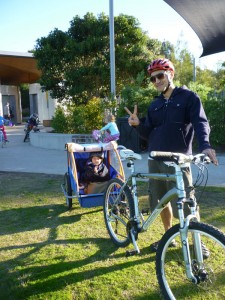 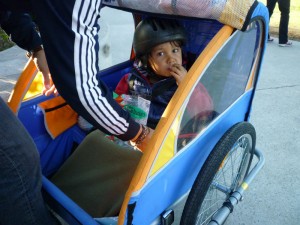 nayou had a big play at the park, which resulted in this on the way home: 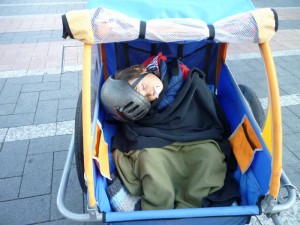 today we rode to circulay quay and took the bikes on the ferry to manly. it was a gorgeous day, and warm enough that nayou could play naked on the beach without getting cold. which is crazy considering the winter solstice is in two days! gotta love sydney for its weather, thats for sure! 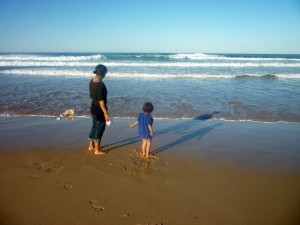 the memory card also had a fair amount of video which i will edit and post soon!