you may or may nor know that my sister aya is the estate manager for russell brand and katy perry. while her work related stories assure me that this is not nearly as glamorous as it sounds, other members of her family (like myself) get to reap the benefits of proximity to celebrity. case in point – the premiere of russell’s new movie arthur was on friday night and brenda, myself and some other friends got to attend! 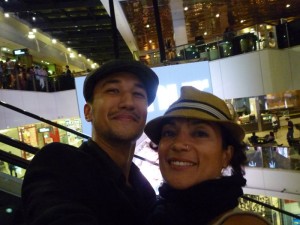 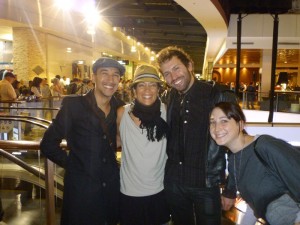 we showed up in time to see russell do the slow walk down the red carpet and also see some other random b-listers follow suit (ronan keating anyone?). i didn’t really know whether we had tickets to just the movie or to the whole vip/red carpet area (it was the latter), so by the time i asked the people in charge we were the last people to strut down the walk of fame. it was funny to see everyone start taking photos of us as we set foot onto the red carpet and then stop suddenly as they realised we weren’t famous in any way at all. that’s cool – it comforts me to know that we are on the same memory card as russell brand. that is the closest to celebrity status as anyone can hope for right? 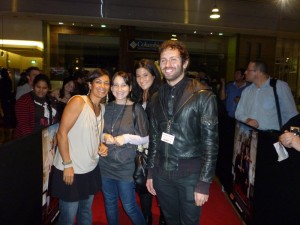 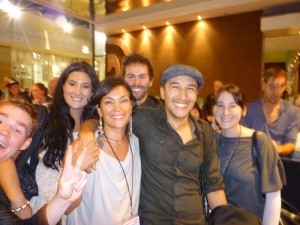 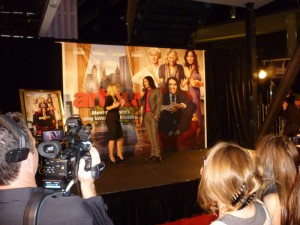 unfortunately we didn’t get to meet russell in person but he did come into the cinema before the movie to joke around. he is a very funny guy and it was hard not to like him. the movie itself was good as well. its not going to win any awards, but as far as romantic comedies go its fine. its getting slammed in the reviews, but i am decidedly not a rom-com sort of a guy and i enjoyed it so that’s saying something. one of the best parts about the whole premiere is that we were each allowed to take three things from the concession stand for free. we were literally kids in a candy store once we found out. what i can i say – we are easy to please!

after the movie brenda, sean and i went out to my favourite bar in sydney for a drink and went home for a nice long sleep. we were so excited to not have to wake up early in the morning for a change! i took full advantage and woke up at 11am on saturday, but brenda couldn’t kick the habit and was up and about at 8. its still nice to get up early if you can do whatever you want though 🙂 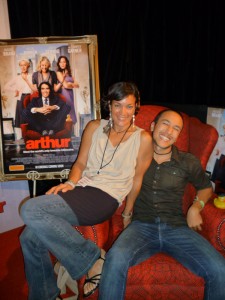 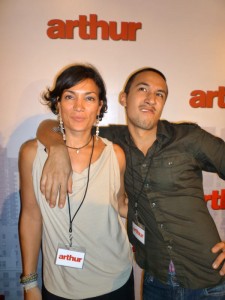 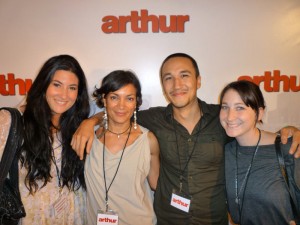 so where was nayou while his parents were out cavorting? he was in the good hands of my aunty yanny, uncle colin and my cousins! this was his first time staying over away from us without his grandma so it was a pretty big deal. plus he hadn’t seen yanny or colin since new year’s so we weren’t sure how things would work out. when we told him about the sleep over on friday morning he was decidedly not keen on it. we were worried that brenda would have to stay home with him, but yanny was absolutely amazing and let nayou warm up to her in his own time. by the time brenda left their house he barely even said goodbye to her! so nayou got to spend some time with his relatives (including his great grandma!) while we partied on knowing he was in good hands. yanny was truly a rockstar because she also knew that we were a bit worried so she kept us up to date with text messages and photos throughout the evening. that made all the difference for us and we are both really grateful for that extra touch! 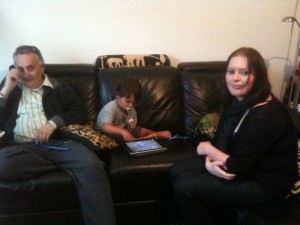 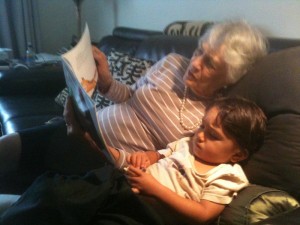 a big thank you to aya for getting us the tickets and to yanny, colin and everyone else for making it such a smooth and stress free experience for us! it was wonderful to have a night off and to have such a cool event to spend it at!