this weekend we laid low, taking it pretty easy. the only event we had planned was nayou’s friend sara’s 2nd birthday party. gordon, sara’s dad, works at dr. d with me and we were staying at the same hotel when we first arrived in sydney. we used to hang out a lot but now they live in manly so we don’t see them much at all. i hadn’t seen sara since new year’s eve and it was amazing to see how big and articulate she has become. kimberly, sara’s mum, is a raw foodie as well so we had all kinds of delicious treats to snack on. brenda prepared some goodies as well so it was a veritable feast! 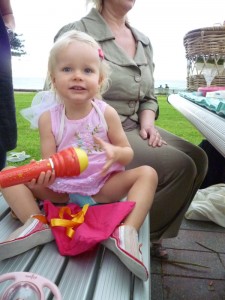 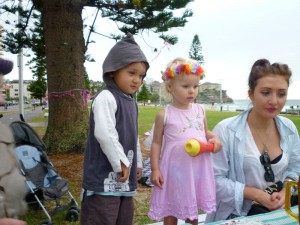 by the time we headed home nayou was deliriously tired. he has more or less given up on his nap, but he still needs to have a good siesta once or twice a week to catch up. one thing we did learn on the way home was that even if he’s knackered, nayou still keeps his sense of humour. he was playing with those little plastic fish that restaurants put soy sauce in, and next thing you know we’re staring at this: 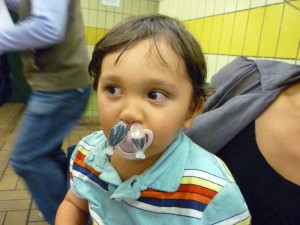