well, not exactly. but kind of. we’ve been trimming nayou’s bangs when it started to hang over his eyes, but all of his hair in the back was untouched from the day he was born. we made noises about cutting his hair many times but it never came to anything until today. actually, nayou was booked in for a haircut about two weeks ago but we chickened out after a friend of ours (who has a crazy curly afro) psyched us out of it by telling us how cute he looked. but sydney has turned out to be a much windier city than we expected and watching nayou having to push his hair out of the way spurred us into action. so this morning we took him into kidz lidz for his first ever proper official haircut! i realised that i had become quite attached to his long locks, but after taking these photos of his rats nest i was able to take some deep breaths and let it go. 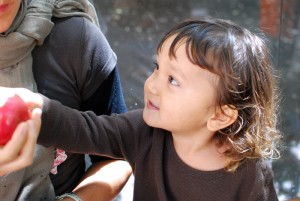 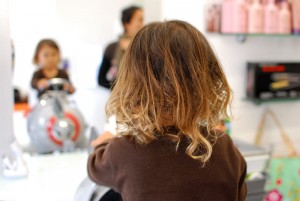 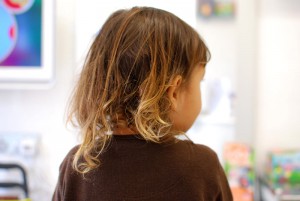 the salon was awesome. all the seats are cars or planes, they have tvs with cartoons, and the hairdresser cape they put on nayou had thomas the tank engine printed all over it. even the tissue boxes had dora on them. nayou was hesitant to get his hair cut, but once he saw walked into the place he was more than willing. the lady who cut his hair didn’t waste any time geting into it and gave him a really nice trim very quickly. then she gave him a certificate and a balloon and we were on our way. these people have their process down pat! 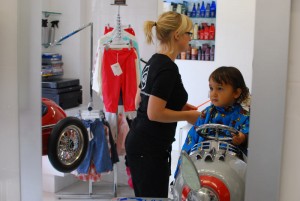 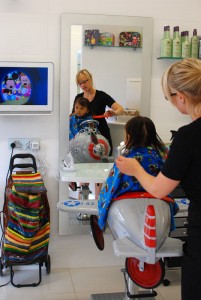 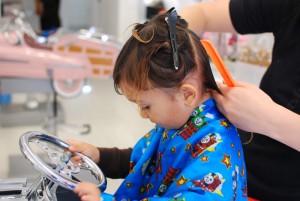 in the end his cut didn’t end up being a drastic departure from what he had before. he basically got the back part trimmed and layered. but damn if he doesn’t look super cute now. brenda and i couldn’t stop fawning on the bus ride home. these photos don’t really do it justice, and i didn’t have a chance to take more as my camera is out of juice (i need to find the charger amidst the mess that is our hotel room). but you’ll have a chance to check him out soon, i promise! 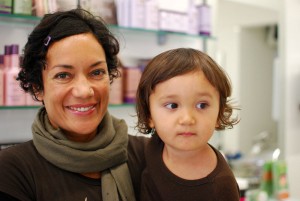 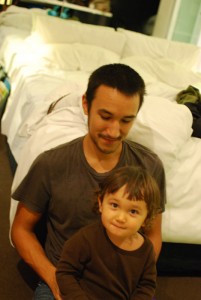