day two of the surf competition was great fun as well! it was exciting because all the final heats were on today, plus there was a 5km (3.1 miles) and 10km (6.2 miles) paddle board race. it was tiring just watching these guys paddling furiously through the waves. at least it wasn’t too windy! the swell was perfect for the longboarders – shoulder height, clean and consistent. i could hear all the surfers stuck on the beach talking about how they wished they were out there.

once again our camera was trained to the action on shore as we can’t zoom far enough to catch the events on the water. still got some good shots though! here are four finalists for the women’s division entering the water. 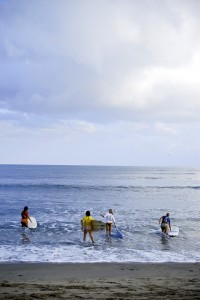 and here are risa and michelle. risa made it through to the semi-finals, and michelle made it to the finals. we’ll find out tonight whether michelle will take the #1 spot! 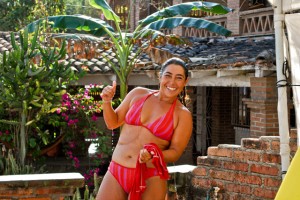 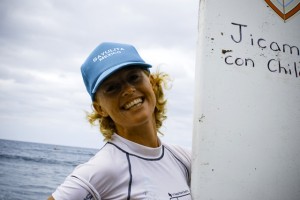 one of the events today was an “expression event”. this was a free-for-all where anybody could enter and the best trick won. all the guys busted out their shortboards and we saw some spectacular aerials. 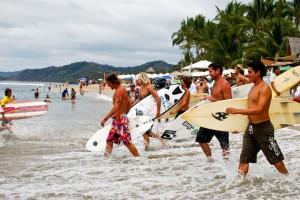 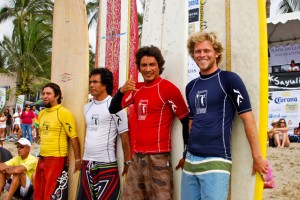 this is our friend arturo from santa barbara. among other things he is a yoga teacher, a crani-sacral therapist, an aikido teacher and a very cool guy. 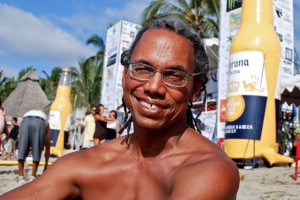 here is tigre with his lady friend karmeyn. these two are having a baby girl in about five months! 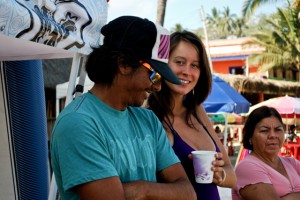 i took this photo of some random cute chick on the beach. love the pocahontas earring! 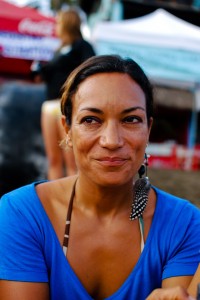 lastly say hello to the legend that is chuck patterson. chuck is a professional sportsman who was invited to come and participate in the competition. not only did he win the 10km paddle board race, he then went on to compete all the way to the finals in the paddle board freestyle. this is on tough dude. he had a smile on his face the whole time too! 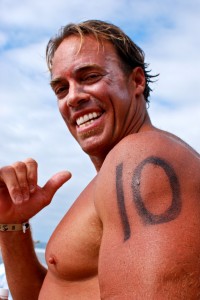