we have had the pleasure of being blessed with the company of epito and epita, who made the long haul from maryland two days ago to spend christmas with us. they were smart enough to come a few days before everyone else to get some quality nayou time. i’ve known these two for over six years now and everytime i see them they are as energetic, healthy and vibrant as the first day we met! 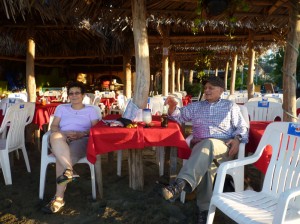 nayou was very excited to see them, having developed a good rapport with them through numerous skype conversations. his mantra on our way to pick them up was “‘pito, ‘pita, avion”. he had some big smiles for them at the airport and has been loving on them ever since. 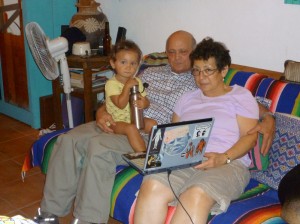 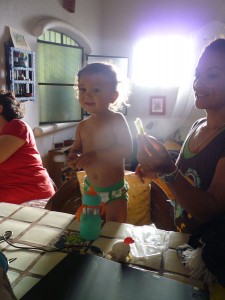 we’ve been taking things nice and easy since then. the first day went by in a blur, ending with an awesome dinner cooked for us by our neighbour cristela. this lady happens to run a restaurant in the front of her house so we have the pleasure of eating fresh handmade tortillas, tamales and other goodies almost every day. 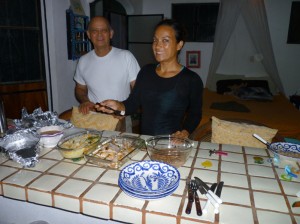 today we went to visit the piece of land we are thinking about buying. every time i go and visit that place i am reminded of how cool it is, and how nice the energy of the land feels. its so close to the middle of town and yet it feels like a world away. we’re still not in any place to make a decision on whether we want to buy it, but if we were to buy in sayulita, that would be the place. brenda and i are in the process of figuring out whether we want to put some roots down in sayulita, but we’re not sure when we’ll be in a position to make a decision. especially such a big one!

we also took a drive out to punta de mita. the beach is so nice there, as is the drive. we had another awesome meal while ogling the waves. its always the days that you don’t bring your boards that the surf is good! brenda and i managed to get a nice surf in this afternoon which was great. the epitos took care of nayou while we went out surfing together for the first time ever! the waves were small but fun to play around in. nayou wasn’t in such a good mood but we figured out later it was because he was ravenous. oops. 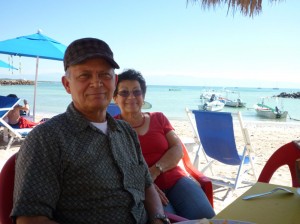 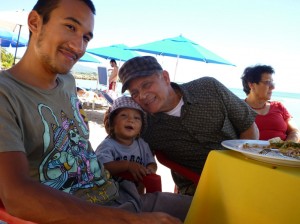 this evening we received some very sad news – brenda’s sister julie sent us an email informing us that she had to cancel her flight out here due to the insane snow storm on the east coast. julie was supposed to leave tomorrow morning but all flights have been cancelled and the next one out wouldn’t put her in mexico until christmas eve. this is a big, big bummer and all of us were so excited to see her and her son paul. sigh.

we still have some good news though! brenda’s other sister christie will be flying in tomorrow afternoon, and in the evening both of my sisters will be arriving. so most of the family will be together, although the absentees will be sorely missed. tomorrow is also the day that we move into our new big house for the week. so lots of things happening! we’ll post some more updates later once we have settled in.