nayou’s first birthday, for me at least, was accompanied by a huge sense of accomplishment. brenda and i spent those first twelve months in the murky haze of chronic sleep deprivation raising an amazing little baby that demanded lots of attention. i’m not saying that it was horrible – in fact, it was quite the opposite – but i would be lying if i said it was easy. so when he turned one, it felt like we had just completed a huge milestone.

our second year with nayou was very different from the first. he got his sleeping (almost) in order, learned to walk and communicate, all of which contributed hugely to everyone’s happiness. its like someone flipped a switch one his first birthday. now he’s this cheeky, adorable toddler who i just love to bits. he still drives me crazy sometimes but he is so much fun to hang around with!

nayou’s special day started off with the opening of some presents. we figured that if we gave all of his presents to him at once he would just get overloaded, so we spaced them out throughout the day. many of our sayulita friends were really sweet and hooked nayou up with all kinds of new buses, cars, trucks and trains. 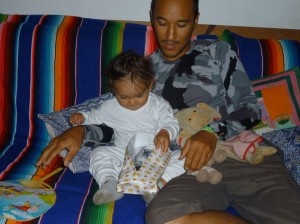 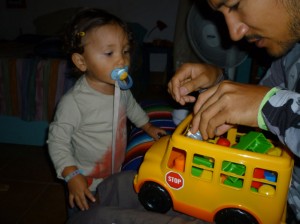 i think nayou now has the most impressive collection of vehicles in sayulita! 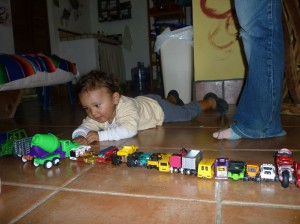 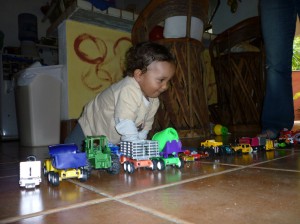 we spent the morning at the beach (where else?) playing in the sand. there were some more surprises from some of our friends who work at our usual cafe. 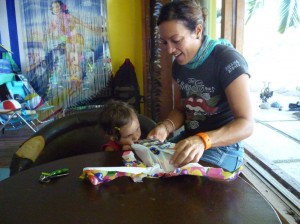 in the afternoon a couple of nayou’s friends came over for a party. i came down with a cold so brenda was stuck with all the prep while i tried to stop the waterfalls gushing from my nose. she did an amazing job making food, a cake and decorating the whole house! 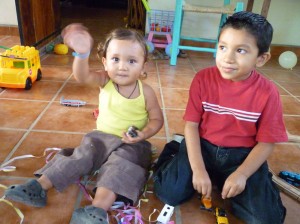 no mexican birthday would be complete without a pinata. our friend brisa was kind enough to bring a splendid one over for nayou. it would be putting it mildly to say that nayou loves pinatas. he’s not so into the toys and sweets in them, but he can’t get enough of hitting them with sticks. we left the pinata carcass in our driveway and nayou goes out to smack it with his stick many times a day. 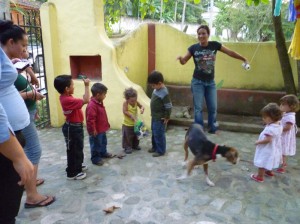 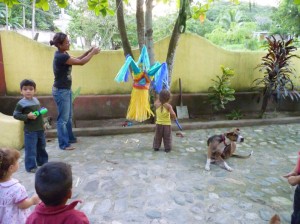 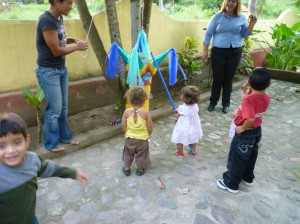 all the pinatas i’ve seen in mexico are made out of terracotta, which make them satisfying to break but kind of dangerous as well. when we finally got the thing open a shard fell onto nayou’s head! oops. there were some tears but it was all ok. you can’t stay too sad when you’re surrounded with friends and new toys.

and no birthday anywhere would be complete without a cake. mama-b made an amazing banana cake from scratch that was sooo good! maple frosting and everything. i was hoping for some leftovers but no such luck. 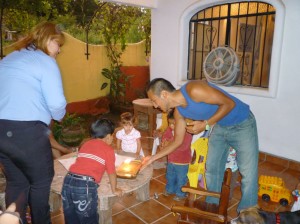 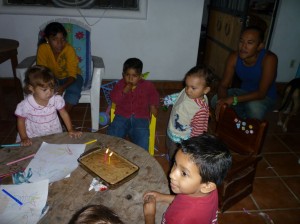 our video taking was kind of sporadic the whole day because we were too busy playing/party prepping, but here is a collection of the footage we did take:

the birthday spilled over into the next day with an extra gift from perla’s parents – a train with a phone on top of it! someone in china somehow knew the perfect combination of things for nayou because this thing hasn’t left his grip since he opened it. 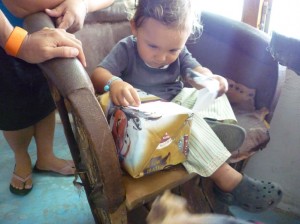 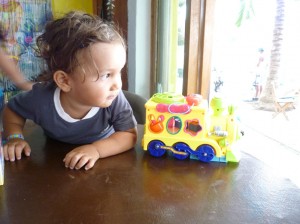 i was skeptical about the claim on the package, but after seeing how taken nayou is with the toy i’m beginning to revise my opinion: 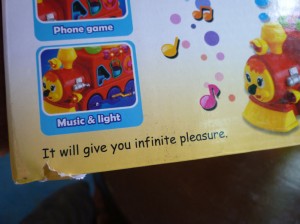 thanks to everyone who sent their kind words for nayou. its so nice to know he’s loved by so many people around the world. i can’t wait to see what kind of wonderful things year three has in store for us!